[Our Stories] From Fukuoka, With Love

Aya Hikasa remembers falling in love with Fukuoka the first time she visited the city back in 2014. "Getting off the rental car, I saw specialty stores and fashionable people,” she says. “I walked to the beach, where there was clear water and a fresh breeze. Every restaurant I visited,  I could enjoy fresh seafood, vegetables and fruits, all much cheaper than Tokyo. The underground and bus took me everywhere and there was barely any traffic, and everything was so scenic.”

“In short, everything I saw, I loved, all together in one city,” Aya says. From then on, she kept revisiting the city, making friends with the locals and always looking to learn more about what Fukuoka has to offer. 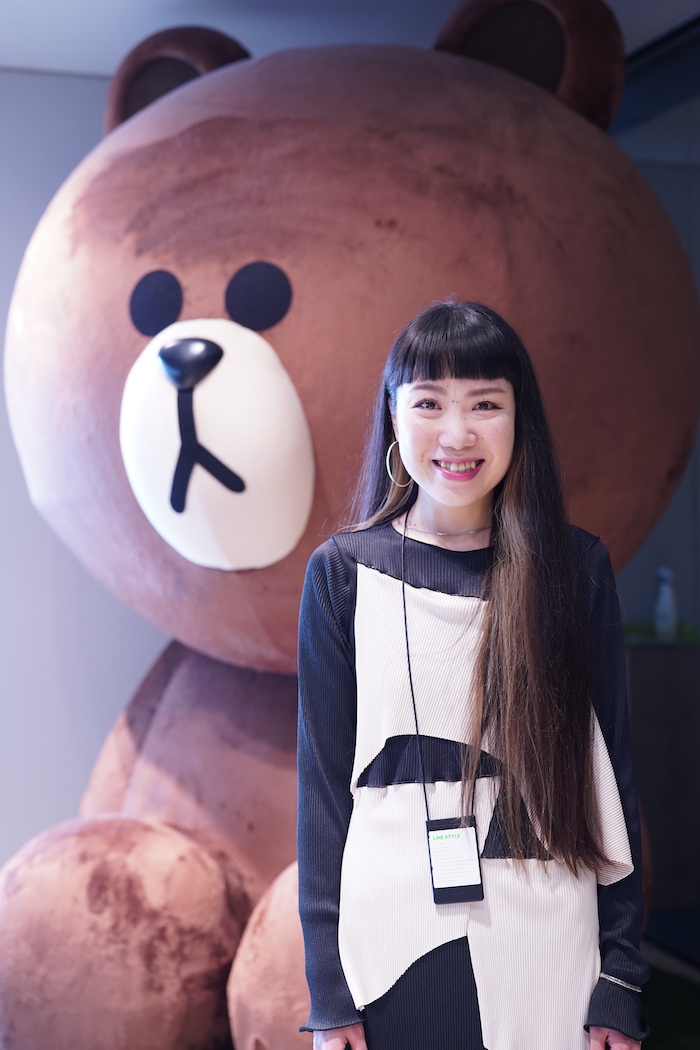 So, when Aya got the chance to live and work in Fukuoka, she leapt at the opportunity. Today, Aya belongs to Smart City Strategy Department at LINE Fukuoka, working in the secretariat of Fukuoka Smart City Community where she is responsible for a wide range of administrative and organizational duties that keep the Community running. It’s ideal for her because she gets to combine a job she finds truly fascinating and rewarding with her love of Fukuoka.

"My favorite things to do are driving to Itoshima-beach and enjoying the local cuisine, relaxing at Yufuin hot springs, and jogging through and having picnics at Ohori-Park for my daily exercise," she says. 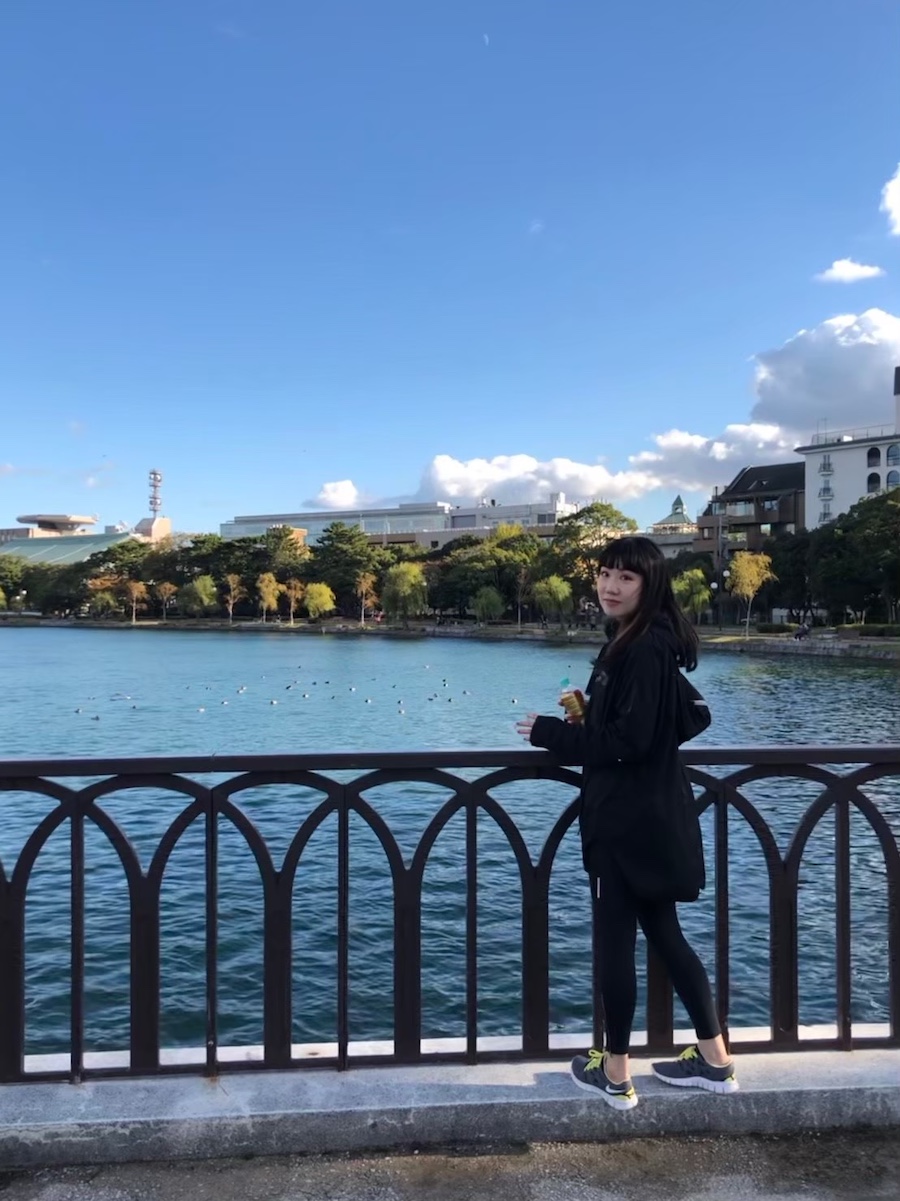 Aya at Ohori Park in Fukuoka

Located in southwestern Japan on Kyushu Island, Fukuoka may not be as famous as Tokyo or Kyoto, but it is one of the fastest growing cities in the country. With a youthful population, an innovation-friendly government, and a thriving start-up community, the city is considered a cultural hot-spot these days, as well as regularly being ranked one of the world’s most livable cities.

For Aya, choosing Fukuoka was no small thing. Born in Okayama, about 100 kilometers west of Osaka, Aya grew up moving from place to place due to her father’s job as a banker. She lived in big-city Tokyo and countryside Kagawa, as well as spending several years in London, England. After graduating from university and working in a couple of Japanese marketing jobs, she found a position based in Ho Chi Minh City, Vietnam, before finally making the leap to LINE Fukuoka. 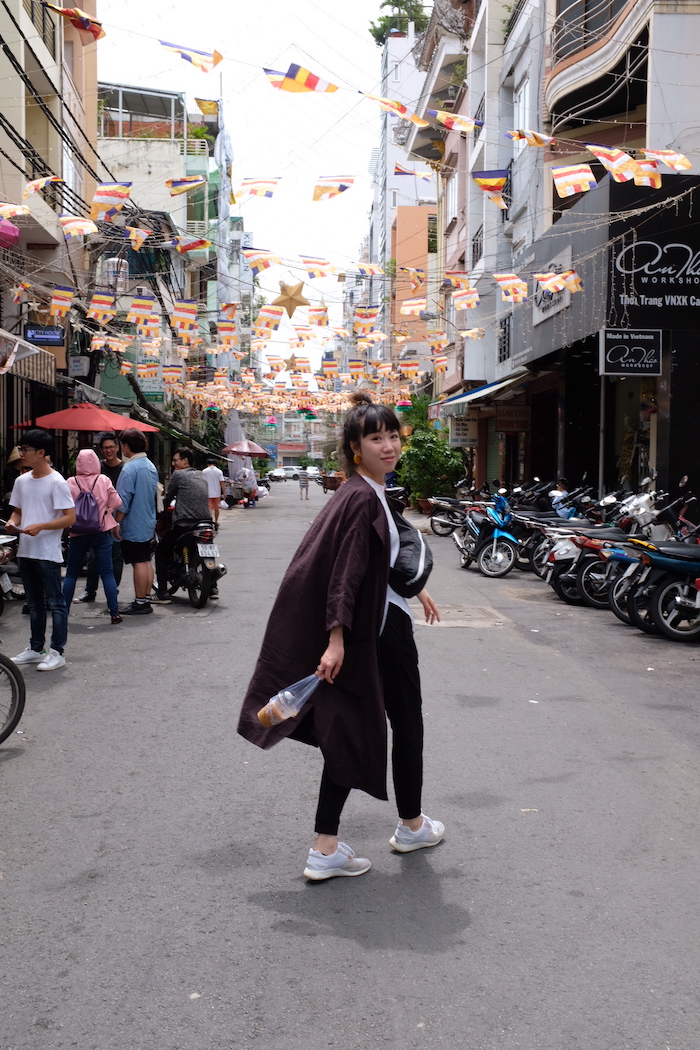 Aya Hikasa in Vietnam, one of the many places she lived before discovering Fukuoka

LINE opened a major office in Fukuoka in 2013. Calling it LINE’s “second domestic base,” LINE Fukuoka focuses on development, creation, operational, planning, and sales activities for LINE and related services. LINE flourished in its Fukuoka location, soon developing strong ties with the local government and community. That led to the creation of the LINE Smart City for Fukuoka project in 2018.

LINE Smart City for Fukuoka isn’t revolutionary as much as evolutionary, emphasizing changes that can best improve the lives of local citizens on an everyday basis. Its Official Account (OA) shares all sorts of information, including COVID-19 updates, weather, air pollution levels, garbage collection dates, childcare information, crime prevention tips, and even the menu for public elementary schools’ lunch. The OA also provides digital alternatives such as reporting public infrastructural damage, relocation assistance to Fukuoka, and bulky trash disposal. With local government in Japan traditionally performing many of their tasks manually, digitizing the city business has led to significant improvements in efficiency and convenience. And, by focusing on practical, real-world applications, LINE Smart City for Fukuoka has grown into a program that really is making a difference for the service’s 1.77 million users.

For her first two years at LINE Fukuoka, Aya was in charge of the domestic and international PR for the Fukuoka Smart City projects. Leveraging her international experience, she connected with smart cities abroad to help spread the word about how cool Fukuoka is. On one occasion, she traveled to Taipei to build relationships with the Taiwanese capital, which helped lead to Fukuoka getting recognized as the 2020 GO SMART Best Practice by Go Smart, an international network of smart cities. 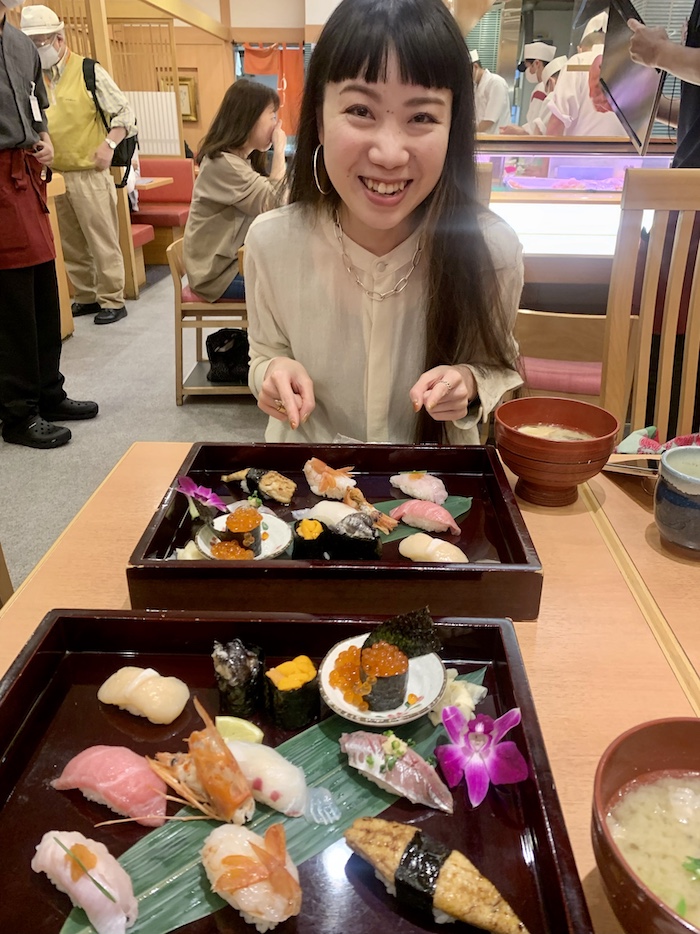 When the newly established Fukuoka Smart City Community needed someone to strengthen the foundation of the organizational structure and accelerate the growth, Aya was quickly chosen by her colleagues for her ability to communicate with and organize people from different backgrounds. “Since there is a limit to what one company can do, we had to get others involved,” Aya says. “The challenge is that they all have different purposes and goals. Some are even competitors!”

She says her international background helped prepare her for working with a team of 30 people, regularly meeting to discuss ideas and plans. The community got to work right away by supporting restaurants to better manage their business during the pandemic with online seminar and new sales channels. This year, the community introduced digital infrastructure designed to disseminate reliable and accurate information in a timely fashion in the event of a natural disaster, and also conducted virtual drills via Fukuoka City LINE Account.

Aya in the LINE Fukuoka office

With Fukuoka so dedicated to becoming a “smart city,” the opportunities for future growth are nearly limitless, making it a great match for LINE. And that’s a combination that is ideal for Aya, as she enjoys helping the company and the city grow together.

"Fukuoka has the vibe of a big city with its convenience and technology, but it also has hot springs, amazing food, and an abundance of nature," says Aya. "I love it. I believe Fukuoka will become the Silicon Valley of Japan." 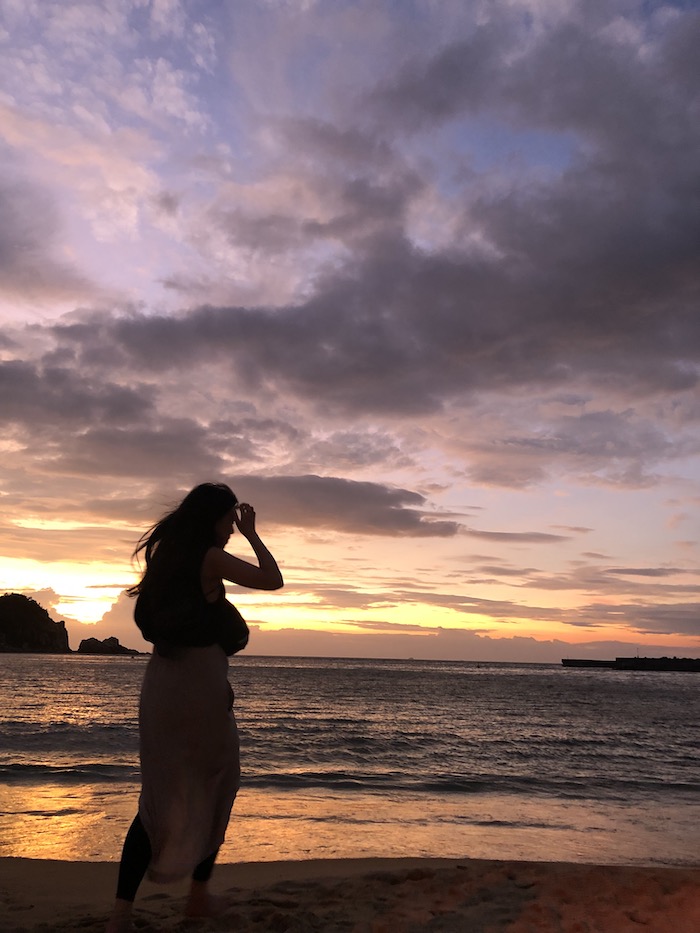