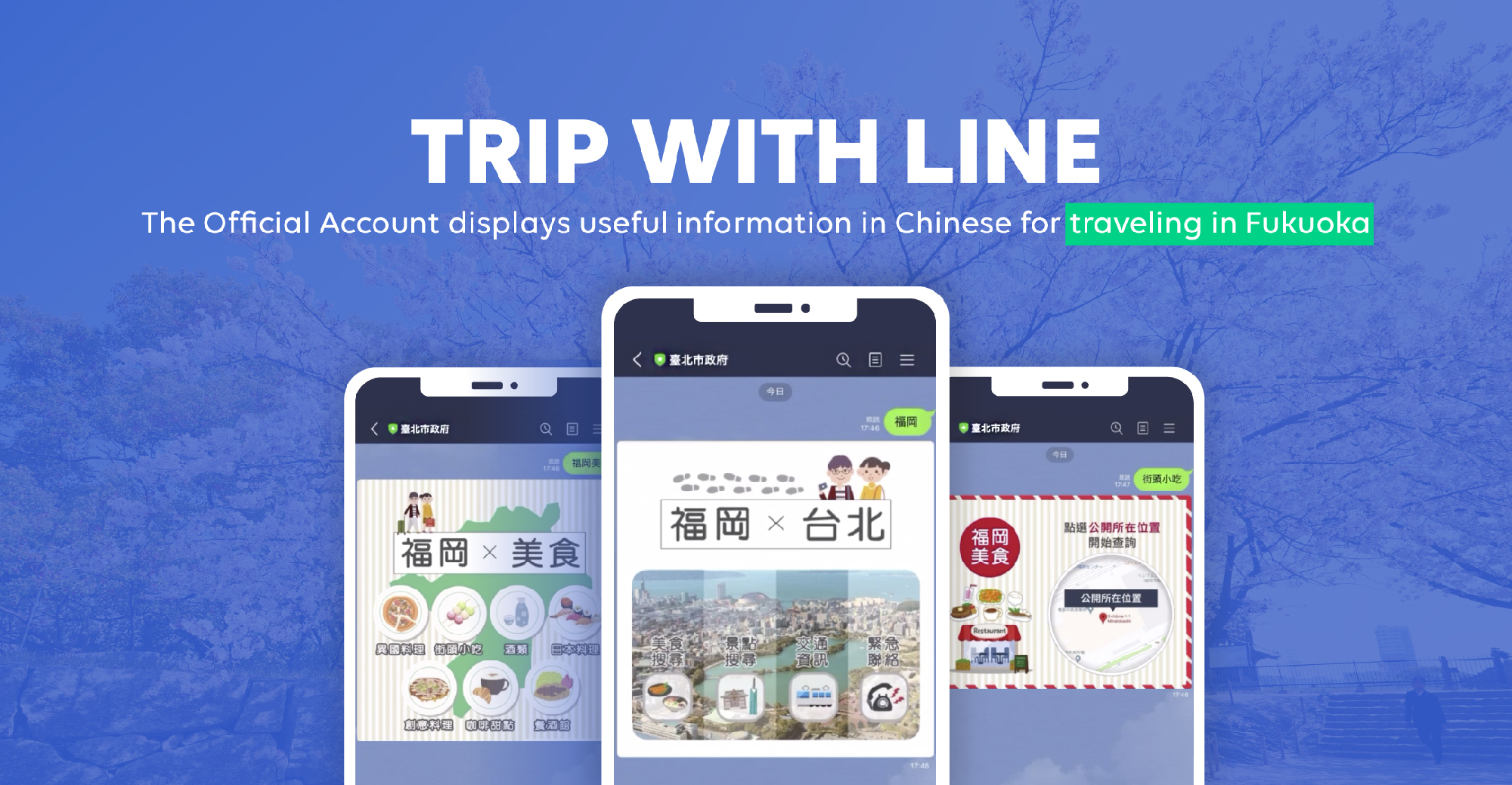 “It is difficult enough for a city and industry to cooperate, and for two cities and the private sector to collaborate takes much more effort, communication and dedication,” wrote GO SMART about the award. “This project with GO SMART and LINE Fukuoka combines tourism information from Fukuoka City and Taipei City with the LINE Official Account. It’s solid and innovative, and showcases the infinite possibilities of intercity projects as a proof-of-concept.”

For more information about the GO SMART network of smart cities, please see the organization’s website at www.citiesgosmart.org/index.htm.

LINE Fukuoka opened the Fukuoka City Official LINE Account on April 25, 2017, following the LINE SMART CITY FOR FUKUOKA Project, launched between LINE Fukuoka and the Fukuoka City. The account began as a way for users to select and receive customizable information based on an account’s information categories and residential area settings. The OA then added chatbot capability for a smoother user experience.

The OA has over 1.69 million registered friends as of July 2020, offering a wide variety of useful features to residents.

For more information, please check out the LINE SMART CITY FOR FUKUOKA website at linefukuoka.co.jp/en/project/smartcityproject/ 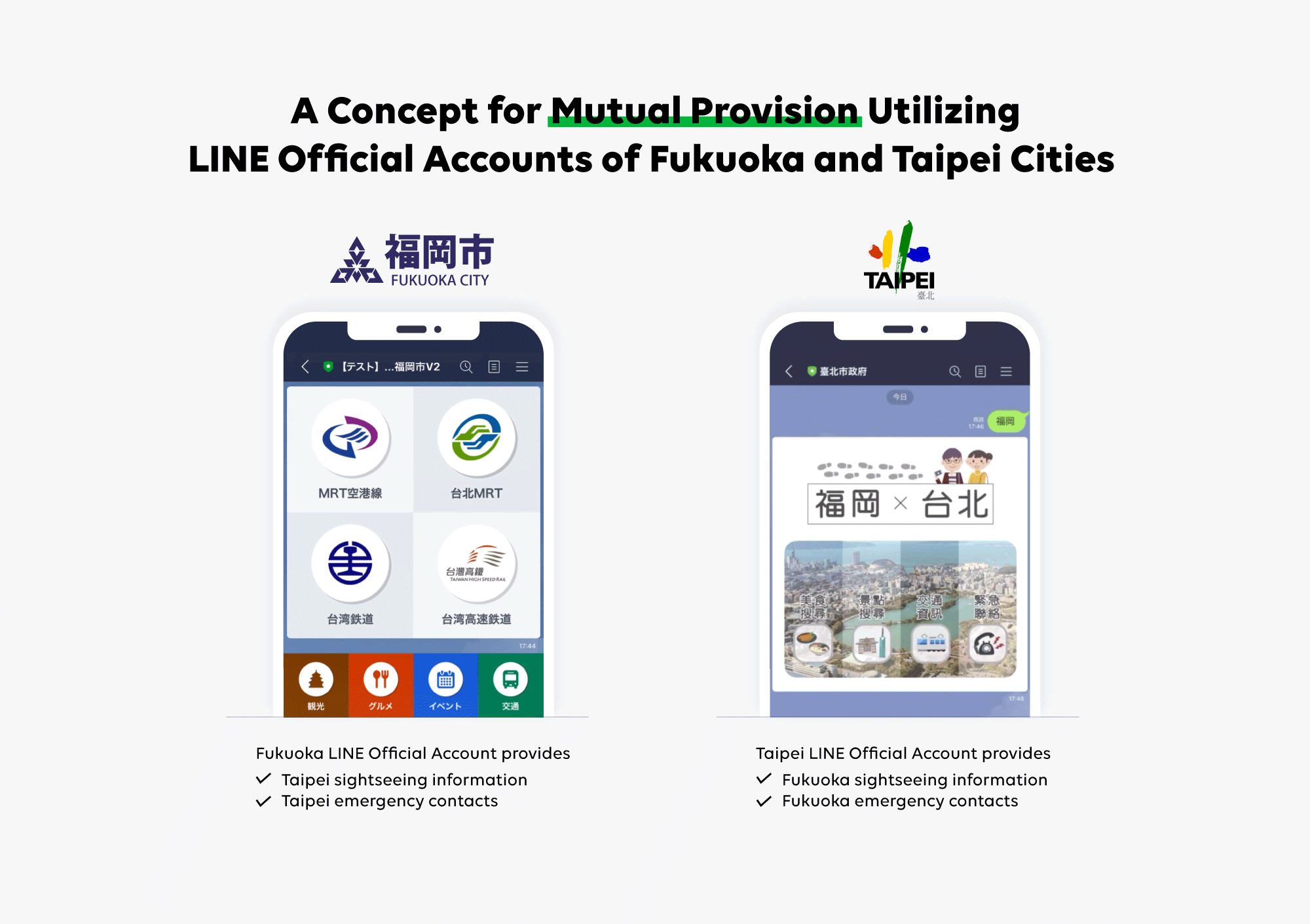 When it launches, the LINE SMART CITY FOR FUKUOKA Project will offer cross-border information service. Fukuoka citizens will be able to receive Taipei tourist information through their Fukuoka City LINE Official Account and vice versa for Taipei citizens through the Taipei City LINE Official Account. Once launched, this will be the first time for public administrations’ LINE Official Accounts to provide information beyond their borders. About 320,000 people visited Fukuoka from Taiwan in 2018, while 1.73 million people visited Taipei from Japan that year. LINE is one of the most-used messaging apps in both Japan and Taiwan, and both the Taipei OA and Fukuoka OA are quite popular, with 900,000 friends for the Taipei OA and 1.7 million for the Fukuoka OA.

■Aiming to enrich the daily lives of Fukuoka City residents

Moving forward, LINE Fukuoka will continue to undertake initiatives utilizing LINE’s technology and know-how to support the daily lives and solve the everyday problems of its residents.

Scan the QR code below to friend the Fukuoka City Official LINE Account.