[Our Stories] Mars, Robots, and the Challenges of the Japanese Language: Togami Masahito Talks About the Future of AI

Mars made Togami Masahito understand the importance of Artificial Intelligence (AI). While working on his Ph.D. in Aeronautical and Astronautical Engineering at Tokyo University, he had a research project to design a robot that could explore the surface of Mars. The robot had to navigate difficult terrain while avoiding obstacles like rocks and holes — but the trouble is, Mars is so far away, any command sent to the rover would take 10 minutes to arrive, and by that time, the vehicle could already be in trouble.

“If suddenly there’s a hole in the ground, the robot has to think and act in real-time, on its own,” says Masahito. It also had to be smart enough to identify its own coordinates based on its visual feed and more. “That’s when I started to think AI was amazing.”

A childhood full of robots

Today, Masahito is the AI Development Department Chief at LINE Corporation. But before he became obsessed with AI, Masahito first love was robots. When he was a child in the 1970s, Japanese pop culture was full of robot characters, like the famous Astro Boy. Masahito said he once glued 30 tissue boxes together to make a life-size “robot,” dreaming one day he could build the real thing.

Back then, a very popular Christmas present for kids were model kits, featuring toys like Gundam and Grand Prix RC cars, and Masahito was especially good at assembling them. “I just learned from older kids in my neighborhood how to build them,” he says. “I loved making line tracers and race tracks.” 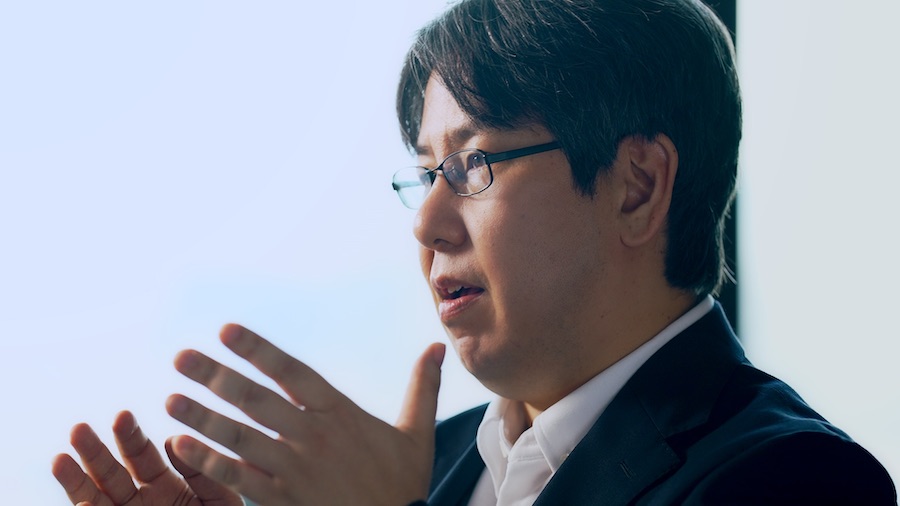 From robots to AI

After graduate school saw his interests evolve from robots to AI, he also grew increasingly fascinated by speech technology. He published 88 research papers, many focusing on speech synthesis and speech recognition. Today, this is a field where Japan is considered a leader.

“The Japanese have an obsession with robots that can talk,” he says, “so we dedicated a lot of resources to this area, which is why it is the most advanced.”

Masahito also maintained a focus on the practical side of his research, looking for ways the technology could improve people’s daily lives. For instance, he spent time researching noise cancellation technology, applying it to videoconferences. In one case, he helped develop a unique method to separate a speaker’s voice from the background noise by identifying the angle of incoming sound, improving sound quality significantly.

After spending 18 months as a visiting professor at Stanford University, Masahito realized he was ready something new. Luckily, an opportunity arose that was an especially good fit — working at LINE. “LINE has similar atmosphere to Silicon Valley, very culturally ‘flat’,” he says. “LINE is the kind of company where the CEO holds the elevator doors for others to get out first.”

He also was intrigued by LINE’s speed and focus on practical results. “The people at LINE are motivated to create new things and have new ideas, with few layers of hierarchy so ideas turn to actions fast,” he says. “The great thing about LINE is that it was more than just pure research, it was also getting to turn ideas into a service or product.”

As the AI Development Department Chief at LINE, these days Masahito gets to explore more advanced AI technology than ever before. One of LINE’s biggest AI projects involves “large-scale language modeling” for the Japanese language. In a program comparable to the cutting-edge deep-learning system GPT-3, LINE’s large-scale language model is working with over 10 billion pages of data in Japanese, with the aim of developing a next-generation AI technology that can make LINE’s services “smarter” and more user-friendly.

To learn more about Masahito’s work on large-scale language modeling and the unique challenges posed by the Japanese language, check out this video.