● Tap to eliminate viruses in a simple match 3 puzzle game 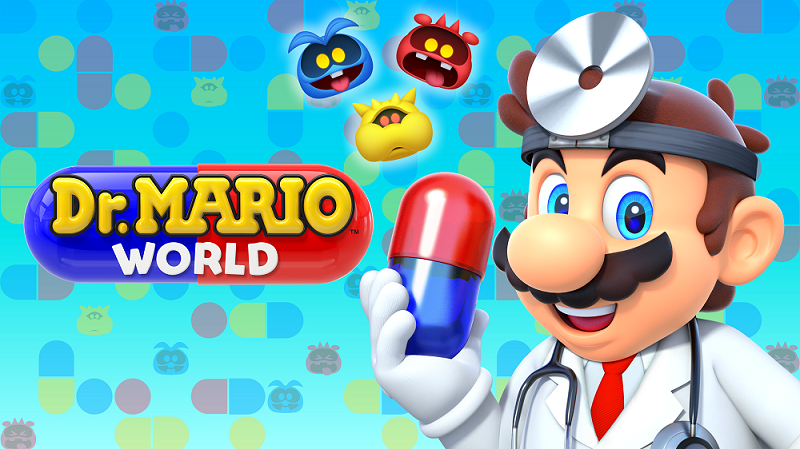 Based on the legendary video game, Dr. Mario World is a new action puzzle game that combines LINE's extensive user base and real-life social graphs, Nintendo's world-renowned brand value and organizational power as well as their knowledge and experience of entertaining fans for many years, and NHN's development and sustainable operation capabilities gained through its long-term experience of launching many online and mobile games. Nintendo is the sole distributor of the game.

Dr. Mario World is finally open for pre-registration on Android and iOS. After players pre-register on the App Store for iOS and Google Play for Android by tapping "Pre-Register," they will be notified when the game is launched. The expected release date is currently July 10, 2019. 59 countries and regions will be initially supported, including Japan and the US.

In Dr. Mario World, players eliminate viruses using red, blue, and yellow vitamin capsules by lining up three viruses or capsules of the same color. Players can go on a journey with Dr.Mario and his gang in the single-player "Stage Clear Mode,” or compete with other players in the online multi-player "VS Mode.” Furthermore, by linking their game account with their LINE and Facebook accounts, players can hook up with their friends, family, and other Dr. Mario World fans around the world to exchange in-game Hearts for an energy boost, play against each other, and more.

Players are challenged to clear every stage using a limited number of capsules. Packed with a variety of gimmicks, eliminating viruses becomes increasingly difficult with every stage. The beginner level contains five worlds and more than 200 stages. Additional stages will be added every month, including fun and unique worlds that are sure to keep players on the edge of their seats.

Players can compete against their LINE friends or other players around the world. A gauge keeps track of the amount of viruses that a player eliminates, and players automatically deal an attack on their opponent when their gauge fills up. The more attacks players deal, the more viruses they can add to their opponents' playing field. The first player to fill up their opponent's playing field with viruses wins.

Since each character has a different skill set, players are encouraged to strategically mix and match characters to up their chances of clearing a stage. When the skill gauge fills up, doctors attack their player’s opponent with their skills.

Supported regions: 59 countries and regions including Japan and US