● Add up to four letters to images of Brown, Cony, or Sally

TOKYO – April 11, 2019 – LINE Corporation ("LINE") releases Custom Stickers that allow users to add their names to LINE characters and create personalized stickers as part of LINE stickers, a form of non-verbal and expressive communication offered on the LINE messaging app. 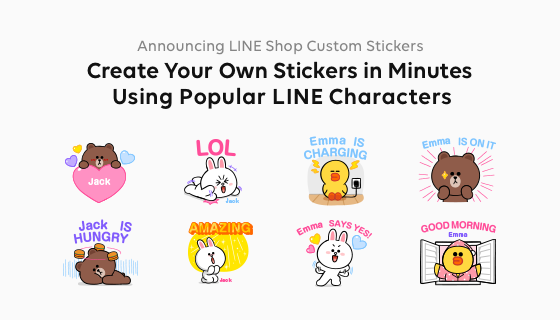 Since the launch of LINE stickers in 2011, LINE has offered many types of stickers, including animated, sound, and pop-up stickers. In 2014, LINE introduced LINE Creators Market, a platform where LINE users from around the world can create and sell their own LINE stickers. Today, approximately 4.7 million*1 LINE sticker sets are available, in which are sent on an average of 433 million times a day *2.  *1 *2: As of April 2019

Users simply add names or nicknames to create one of a kind, personalized LINE stickers, where up to four characters—alphabet, katakana, hiragana, or kanji—can be used to customize them. Once a Custom Sticker has been purchased, the user has unlimited access to edit and download the set.

Available from: LINE Sticker Shop on the LINE app  https://line.me/S/sticker/13782

How to customize stickers

Sticker text can be modified and downloaded at any time. 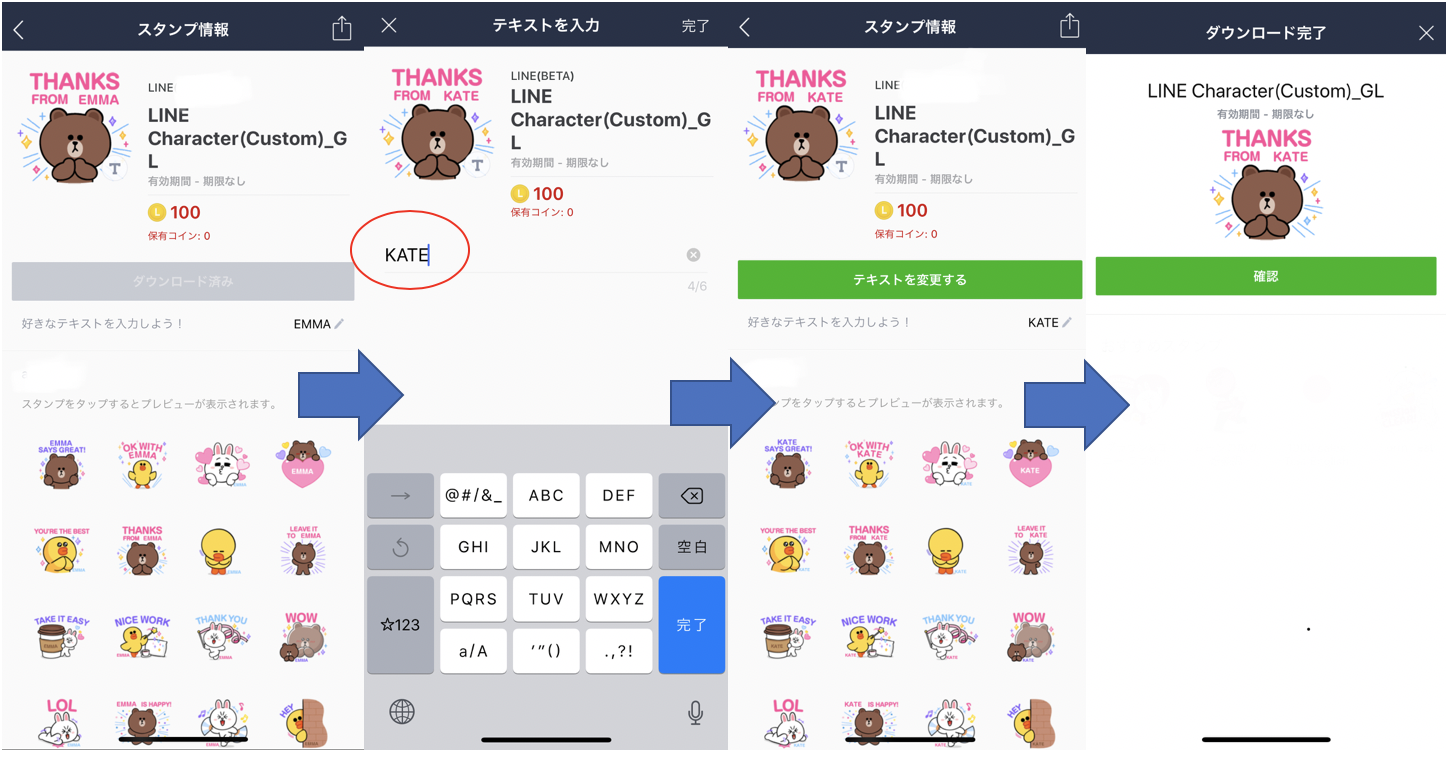 Many ways to have fun with Custom Stickers; Edit and download as much as you want

Enter your name or nickname and create stickers that are perfect for family and friends.

Stickers with your child's name can be sent to mom friends or to daddy.

For business use, create stickers with surnames.

It is easy to edit Custom Stickers for various occasions.

*Available on PC version of the LINE app from April 25