• LINE to offer an Official Account to IVI to promote the importance of vaccines and vaccination, as well as feature educational contents starring IVI Goodwill Ambassador Henry Lau

• Together, LINE and IVI look to establish closer connections with local communities and change people’s lives for the better by communicating on public health topics

SEONGNAM, South Korea – April 23, 2020 – LINE Plus Corporation, the Korea-based subsidiary of LINE Corporation, today announced it has signed a Memorandum of Understanding (MOU) with the International Vaccine Institute (IVI). Through this collaboration, LINE will leverage its reach as a global mobile platform to promote the use of vaccines and increase rates of immunization around the world, making a real impact on people’s lives. 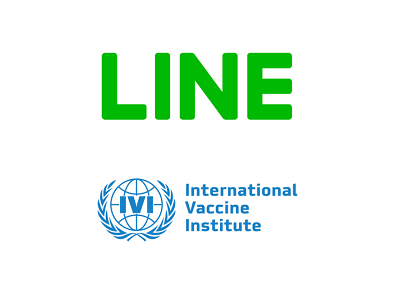 As a first initiative, LINE will provide an Official Account (OA) to IVI to help give LINE users better access to reliable information on infectious diseases and the usefulness of vaccines. The OA will be serviced in three languages – Indonesian, Thai, and English – and will start operating from April 24, in time for World Immunization Week (April 24-30), which promotes the use of vaccines to protect people of all ages against disease.

Users can receive reliable information on vaccines and public health from the IVI Official Account (ID: ivi_international) offered by LINE

In addition to providing reliable, up-to-date information about the organization’s vision and various programs that combat infectious diseases, IVI will engage local users in timely and relevant social media campaigns to promote access to vaccines and health equity. For World Immunization Week, IVI’s OA will feature a video message from IVI Goodwill Ambassador Henry Lau explaining the role of vaccines in achieving the UN’s global goals such as fighting poverty, promoting equality, and building safer communities.

Furthermore, a special animated sticker set for IVI, featuring LINE FRIENDS’ BT21 characters in a series of health/medical-related settings, will be launched in the first half of the year. Revenue raised with the stickers will go toward funding IVI’s immunization programs aimed at improving children’s health, including those who live in Southeast Asia where some of LINE’s core markets are included.

Based in Seoul, IVI is a non-profit international organization dedicated to vaccine research, development and delivery. The institute developed and completed tech transfer for the world’s first affordable oral cholera vaccine, entered phase III clinical trials for a typhoid conjugate vaccine, and  recently announced that they will conduct a Phase I/II clinical trial for a new COVID-19 vaccine.

Under the mission of “Closing the Distance,” LINE has worked to bring people closer to the information they need, and implementing initiatives in response to the COVID-19 pandemic is part of that commitment. This agreement with IVI is one more way LINE is demonstrating its dedication to its mission, using the company’s resources and services to help people and improve their lives.

About LINE Plus Corporation

LINE Plus Corporation was established in March 2013 in South Korea as a subsidiary of LINE Corporation. It supports LINE’s global business development with programmers, designers, marketers, sales personnel and PR managers from around the world working together.

About the International Vaccine Institute (IVI)

The International Vaccine Institute (IVI) is a nonprofit inter-governmental organization established in 1997 at the initiative of the United Nations Development Programme (UNDP). Headquartered in Seoul, South Korea, IVI was the first international organization hosted by Korea. IVI has 35 signatory countries and the World Health Organization (WHO) on its treaty, including Korea, Sweden and India as state funders. Our mandate is to make vaccines available and accessible for the world’s most vulnerable people. We focus on infectious diseases of global health importance such as cholera, typhoid, shigella, salmonella, schistosomiasis, Group A Strep, Hepatitis A, HPV, TB, HIV, MERS, COVID-19, as well as antimicrobial resistance. For more information, please visit www.ivi.int.