•Battle up to 50 players in real-time!
•Celebrate the launch with login event and claim ten Premium Gacha Tickets!

Tsum Tsum Stadium is a large-scale, real-time PvP survival puzzle game that presents players with exhilarating multiplayer battles of up to 50 players in real-time (including LINE friends). Strategy also forms a large part of gameplay in Tsum Tsum Stadium, as players carefully select and set two Tsums from their collection to ensure they get the most points from their selected combination. Apart from the action, the game also offers attractive customization features for players, who can create and edit their very own original Tsum Faces by mixing and matching over 300 parts and accessories. Players will be on the edge of their seat, competing to beat the score of their friends and players across the globe.

Since its pre-registration on August 27, 2020, more than one million people have signed up for the game. Because pre-registration exceeded one million users, those who log in during the following event period will receive Ready Items x 4 sets, 30,000 Coins, Mickey & Minnie Glittering Headbands, and a Donald Tsum. 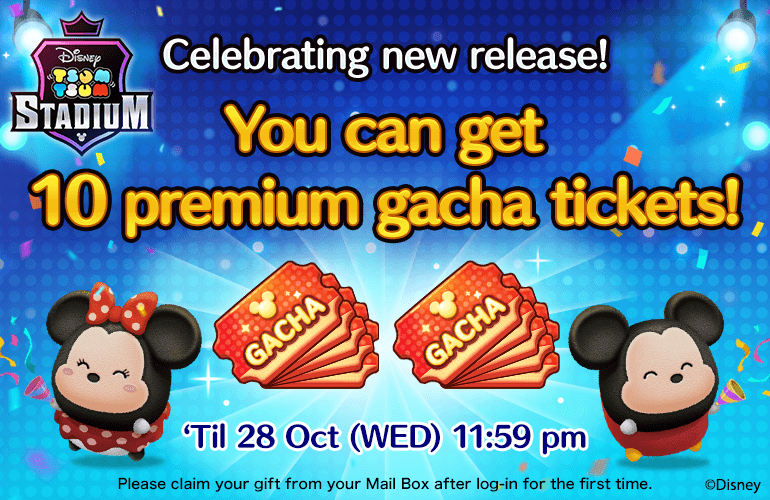 Log in to Tsum Tsum Stadium during the event period and receive ten Premium Gacha tickets!

Under its corporate mission of "Closing the Distance," LINE Corporation will continue to develop a variety of engaging and innovative content through LINE Games and its other services to bring users even closer together.

iPhone, iTunes, and App Store are trademarks of Apple Inc., registered in the United States and other countries.

All other product and company names are trade names or trademarks of their respective owners.