● Add custom messages to stickers and send to friends and family

LINE first launched LINE Stickers in 2011 and has since continued to add more and more variations to the lineup, including Animated Stickers that feature moving characters, Sound Stickers that play voice or sound clips, Pop-Up stickers that fill up the entire screen, and Custom Stickers that lets users add their own names. Over 8.55 million sticker sets*1 have been purchased by users worldwide to date, with an average of 433 million stickers*2 sent over LINE every day.

With Message Stickers, users can write any message they want in the preset caption space and create their own unique LINE stickers. The first batch of Message Stickers to go on sale will feature popular characters from franchises such as Hello Kitty, Snoopy, Usamaru, Toy Story, Doraemon, BT21, and more.

In addition to names and standard greetings, users can now have fun writing longer messages and coming up with phrases for different stickers. This makes them a great card substitute when sending congratulations to someone on their anniversary or wishing them a happy birthday, while students could also use them to introduce themselves to new classmates in LINE group chats. Users are free to use the stickers as they are or edit messages for individual stickers as many times as they like.

Available Message Stickers (viewable only through the smartphone version of the LINE app):

Available from: LINE Sticker Shop on the LINE app 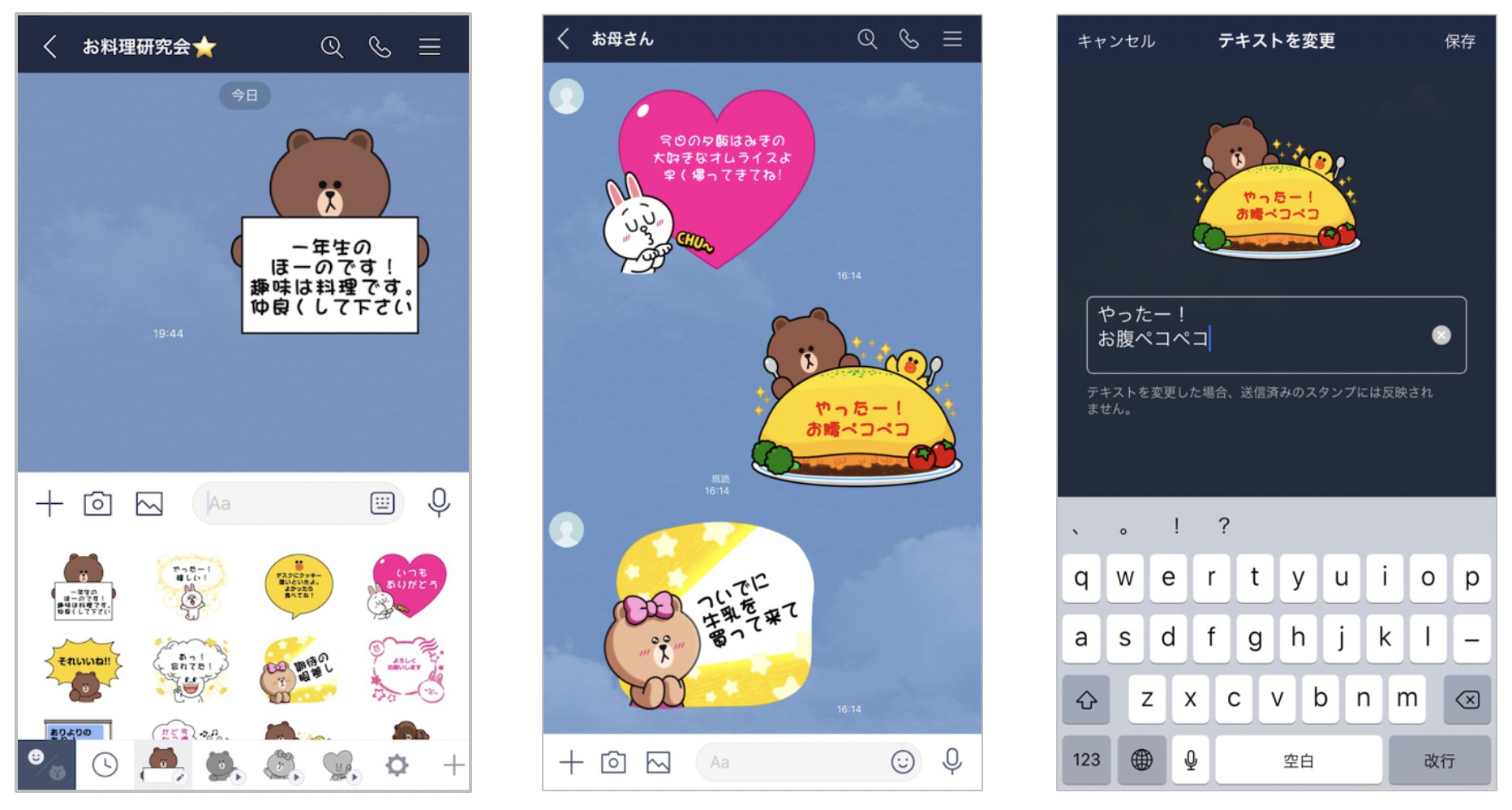 A look back at the history of LINE Stickers