● Simply tap on a button to send a reply

TOKYO – July 31, 2018 – "Quick reply," a new feature of the Messaging API that can be integrated with LINE Business Connect and other API-based LINE accounts, has been launched on the LINE messaging app operated by LINE Corporation. 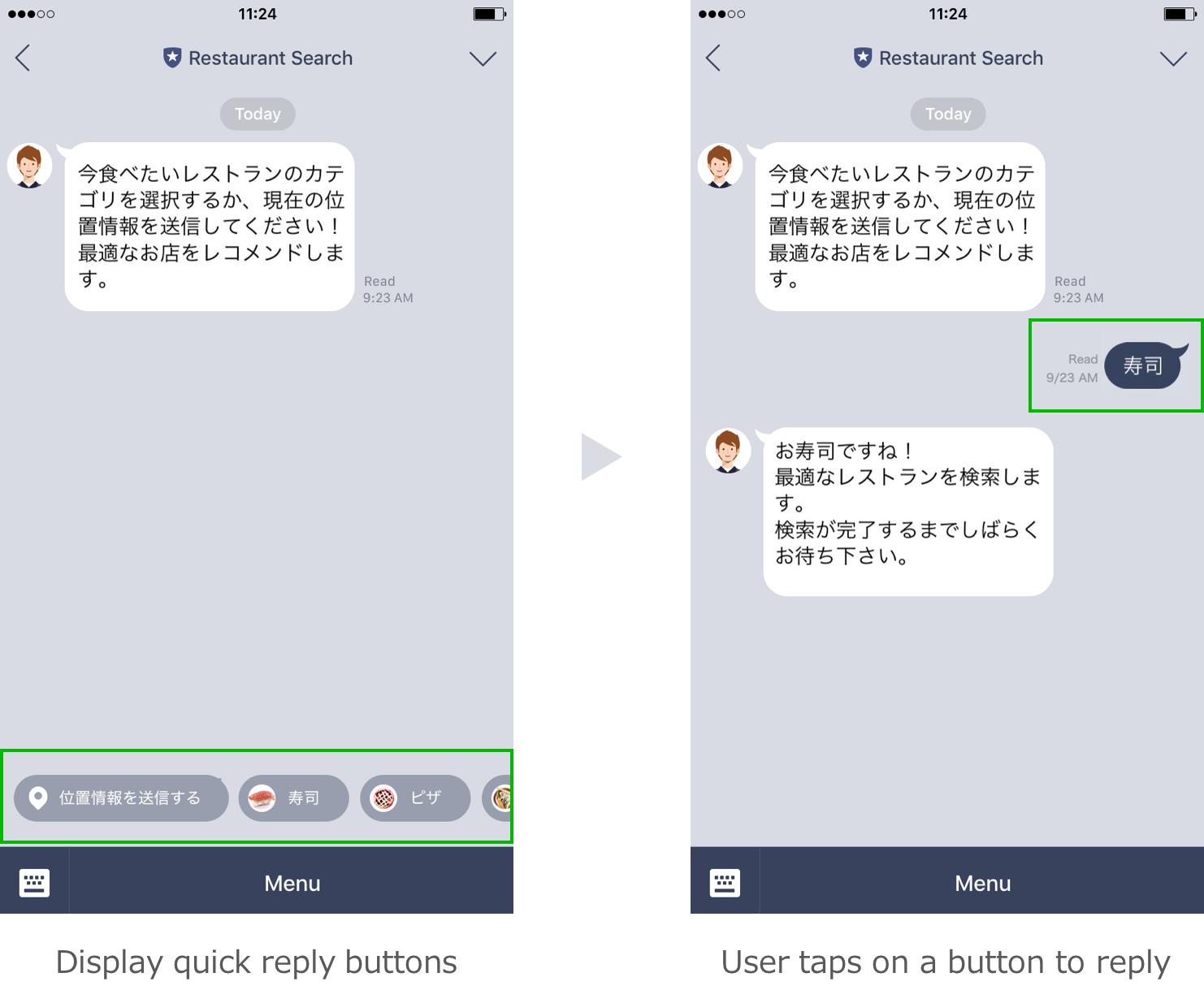 * In order to implement the quick reply feature, an API-based LINE account such as LINE Business Connect or a Messaging API-enabled LINE@ channel is required.

Quick reply supports 1-on-1 chats as well as 1-to-N chats and Group chats. Also, up to 13 buttons can be set to any message type. Whereas some actions such as sending a postback event to a server, sending a message, and selecting a date and time can also be performed with other message types, other actions such as launching the camera, calling up the Camera Roll, and sending the user’s current location data, can only be executed with the quick reply feature.

While the quick reply feature lets users reply to messages more easily and conveniently, by simplifying users' replies, the feature also significantly improves usability for businesses and developers who build and operate LINE accounts, enabling them to smoothly collect the information they want.

Under its corporate mission of "Closing the Distance," LINE will strengthen its alliances with external companies and partners as well as external developers, and undertake various initiatives. In doing so, LINE will bring users closer to a wide variety of information, services, and products, and create comfortable relationships.

Link to the reference page on LINE Developers: https://developers.line.me/en/docs/messaging-api/using-quick-reply/

About the Messaging API

The "Messaging API" is an application programming interface (API) made publicly available by LINE Corporation that enables bilateral communication with users via LINE accounts. In addition to sending messages to users, the Messaging API lets API-based account owners act upon the messages received from users, and even create and develop accounts linked to external services.