● LINE to initially release games of various genres including popular titles such as “Tamagotchi”, “Sudoku” and a chat-based mystery game.

TOKYO – June 28, 2018 - LINE Corporation will be launching “LINE QUICK GAME,” a game service that enables users to enjoy games on the LINE app in summer 2018.

Since 2016 under the mission of “CLOSING THE DISTANCE,” LINE has implemented the Smart Portal Strategy which aims to connect people, information, services, and companies and brands in a seamless, comprehensive manner online and offline 24 hours a day, 365 days a year, with LINE acting as the gateway. While further enhancing services such as payments and points on its life platform, LINE also continues to show growth on its content platform, which includes mainly entertainment-related content such as music, videos, and games.

LINE GAME has been a part of the entertainment business segment from early on and has released various casual games such as the hexagonal puzzle game series “LINE POP” and matching puzzle game “LINE PokoPoko”. Recently games and contents such as “Jumputi Heroes” and “The Thousand Noble Musketeers” have also been released, further expanding the variety of game genre available on LINE GAME.

To make its content platform more enjoyable, LINE will launch a game service “LINE QUICK GAME” this summer under the concept of “offering excitement right away.”

HTML5 games playable on web browsers without a specific app are gaining popularity in the field of smartphone games as the technology and development of game middleware advance. HTML5 game titles and players are increasing in number through social media and message apps.

LINE QUICK GAME will start as a game service playable on LINE app without installing a specific application. Users will be able to play games on Official Accounts making game-play more easy and accessible. In addition to traditional puzzle and shooting games, chat-based games will also be available, and more ways to enjoy games by leveraging LINE’s 75 million monthly active user base, such as connecting with friends, will be provided.

In the first release, the globally popular handheld caring game “Tamagotchi” will be available on LINE QUICK GAME as “Tamagotchi on LINE!!” and the globally played pencil puzzle game “Sudoku” as “LINE Daily Sudoku.”

The teaser website for “LINE QUICK GAME”： https://lqg.game.line.me  (Japanese only)

*The above titles are to be released this summer. New titles will be added in the future. 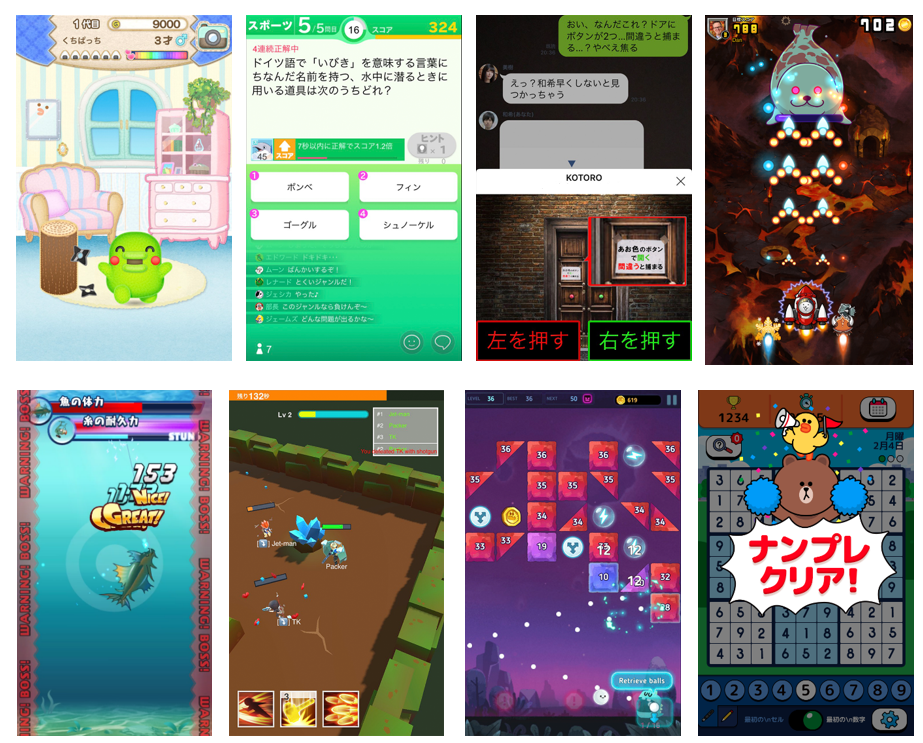 *Images are taken from the games under development.

LINE QUICK GAME already has many partner companies confirmed to participate and will continue to expand in the future.

Under its corporate mission “CLOSING THE DISTANCE”, LINE will continue to cooperate with external content partners around the world in order expand the variety of content for LINE GAME and LINE QUICK GAME and strengthen connectivity so that the communication amongst users will become animated.

*Company names and product names on this press release are registered trademarks or trademarks of each company.

*Information on this press release is as of the date of publication and may be subject to change without notice.