"Clova Friends mini" official site: https://clova.line.me/clova-friends-mini/ (open from 12am on June 1; Japanese only) 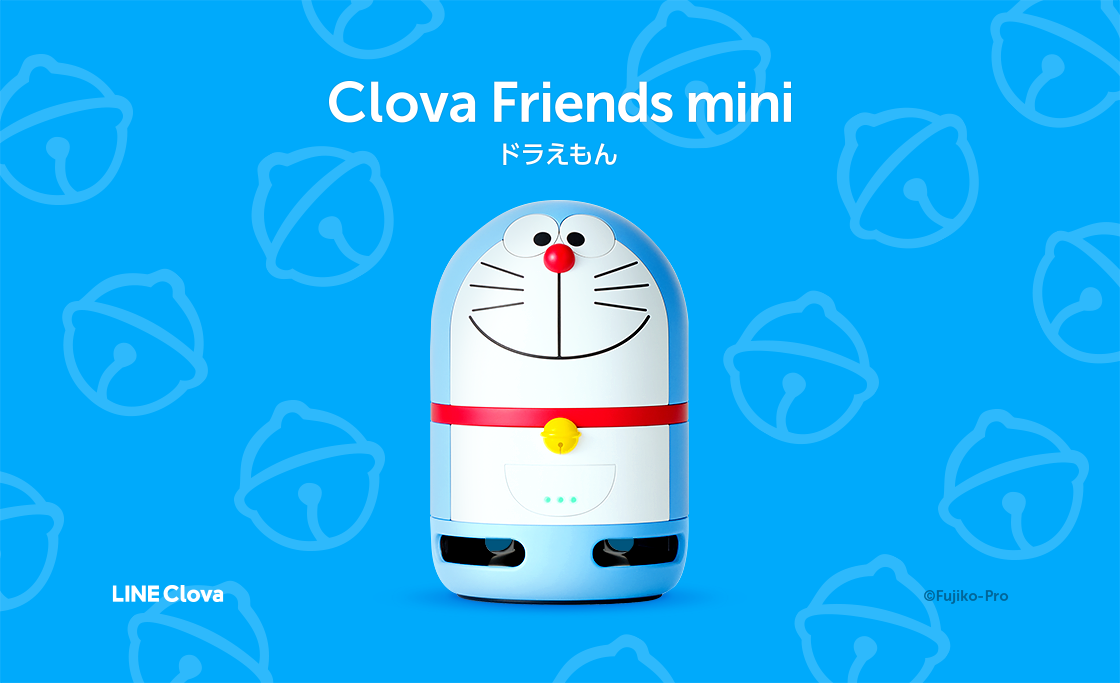 LINE learned through user survey its "Clova Friends" (released in 2017) smart speakers are being used by users across many age demographics in a variety of different scenarios, such as when they are taking a break, getting ready for the day, and waking up.*1 By adding Doraemon's personality into the equation, LINE hopes its users will make even greater use of its smart speakers as a family.

*1: See the official Clova blog for information on the survey results ( http://clova-blog.line.me/ja/archives/9666668.html ; Japanese only)

In addition to all the features available in the original Clova Friends, this newly-released Clova Friends mini (Doraemon) includes Doraemon's voice and lets users have fun talking with the character using the "Doraemon Talk (Clova)" feature. By saying "Hey Clova, let Doraemon talk," Doraemon will reply with "It's me, Doraemon! I'm glad we can chat." and various other responses.

Conversations with Doraemon make reference to 51 of his secret gadgets, his famous lines, and include interesting scenarios about his beloved bean paste-filled "dorayaki" pancakes and the worst-of-the-worst -- mice. For example, if a user says "it's hot," Doraemon will respond with "How about an Eskimo Water? Every time you say it's hot, you'll feel 3℃ cooler" or other interesting replies. In addition to giving users the feeling as if they are speaking directly with Doraemon, he will also respond to requests such as "sing something" and "say a tongue-twister." LINE is also considering making further updates to the software to expand upon the possible responses and to give users an even more exciting experience chatting with Doraemon.

After undertaking a major collaboration with "Doraemon the Movie: Nobita's Treasure Island" this year, LINE will also be releasing a limited-edition version of Clova Friends mini (Doraemon), outfitted in his costume from the movie to commemorate it becoming the highest-grossing movie in the series. The 200 units will be available for purchase from June 1 at the Fujiko F Fujio Museum and Rakuten Books.

LINE Clova has always been improved through updates based on user feedback and requests. LINE will continue to actively take in user feedback as LINE Clova makes users' day-to-day lives even more convenient and enjoyable as a "growing speaker."

Where to buy: On the order page on the official LINE Clova website and at certain electronics retailers across Japan*2

*2: See the official Clova blog for information on where to purchase the unit ( http://clova-blog.line.me/ja/archives/9503241.html ; Japanese only)

Though Clova Friends mini (Doraemon) may be a mere 1/500 the weight (260g) and 1/12 (11cm) the height of the real Doraemon, thanks to the on-board AI assistant Clova, it's packed with all of the basic Clova Friends features, including: playing music, reading out information (including weather, horoscopes, and news), sending and reading LINE messages, placing and receiving LINE free voice calls, telling stories, and more. 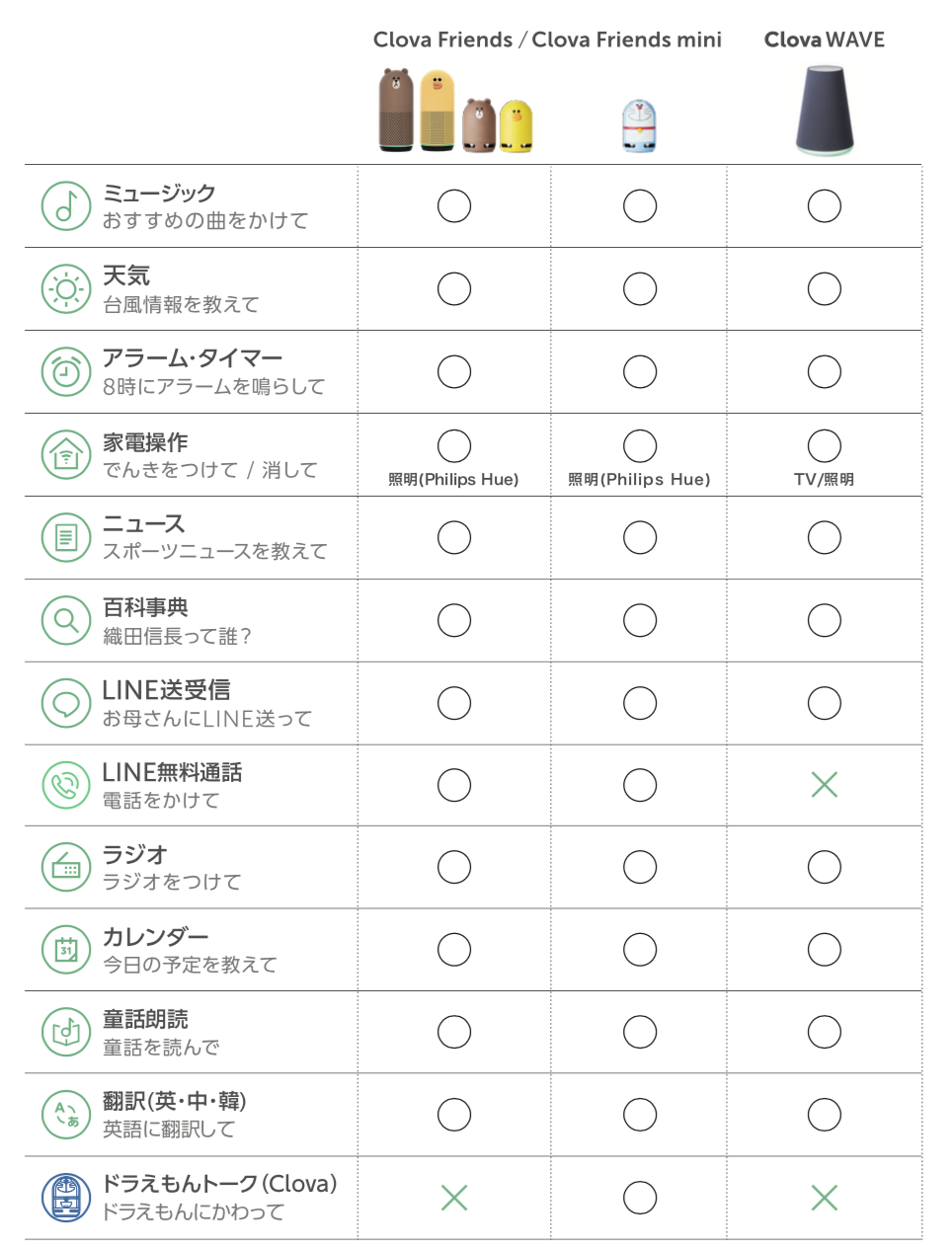 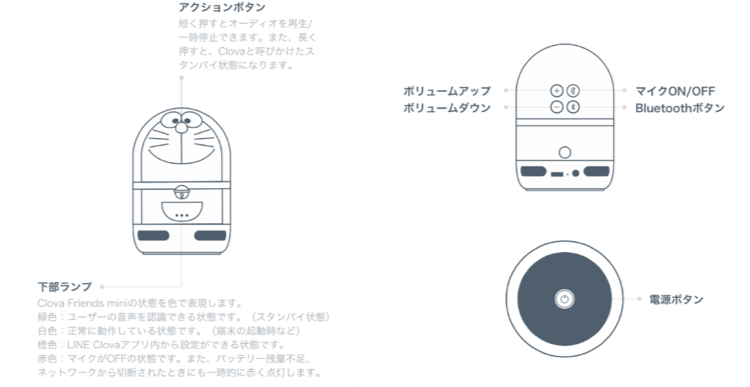 * Specifications are subject to change.