TOKYO – April 19, 2018 – "LINE Emoji," emoji sets of various characters that can be used in chats over the LINE messaging app operated by LINE Corporation, go on sale today. 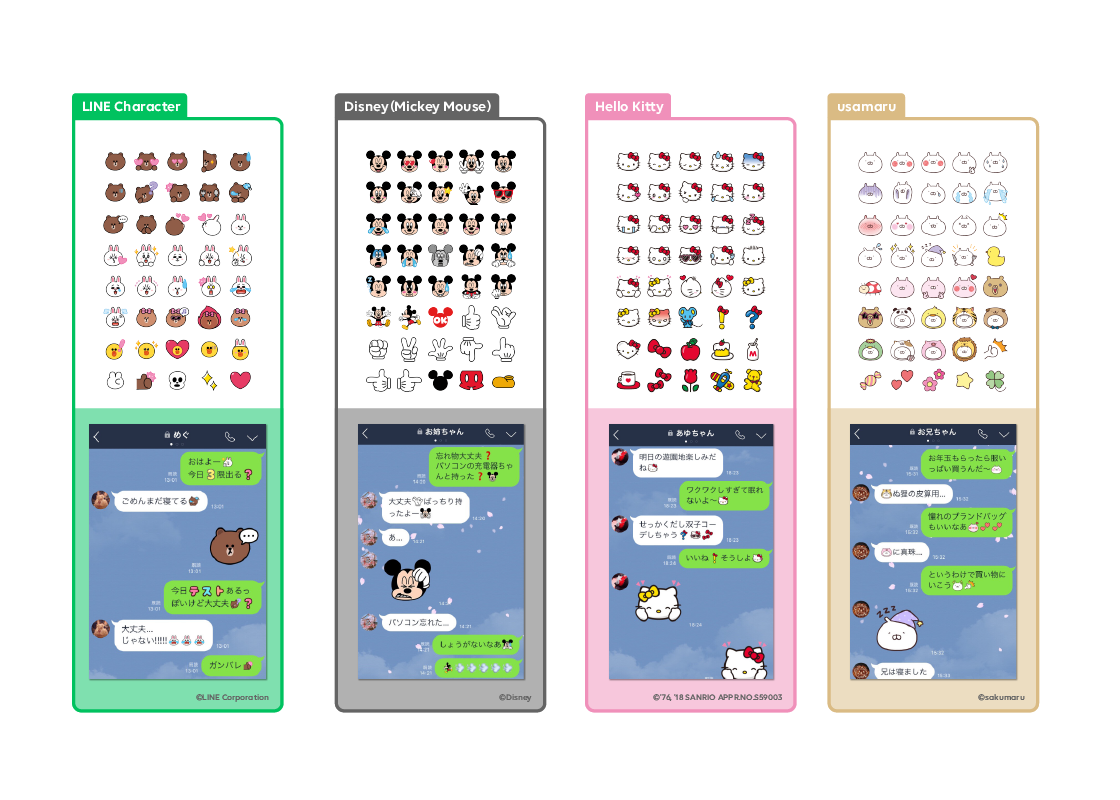 Since the launch of the service in June 2011, LINE has provided a variety of features to enrich communication among its users. Some of these features include: "Chat" which provides real-time chatting one-on-one or in groups; "Stickers" to express emotions with a tap of a finger; and "Free Voice / Video Call" to make calls free of charge.

The launch version of the app also offered "emoji" depicting faces, symbols, buildings, and animals. That variety has grown to more than 1,000 designs over time. Further, with the rise of smartphones and social media platforms, and the new norm of users exchanging text-based messages with various people, using emoji to express emotion has become common not only in Japan but also overseas, so much so that the Japanese word "emoji" is now a universal term. Then in July 2017, LINE launched "emoji letters" – colorfully designed hiragana, katakana, alphabets, and symbols – which, when used in combination with regular text, enabled users to send even more expressive messages that show their personality.

The latest "LINE Emoji" sets (available for purchase from today) have turned popular characters into "emoji" with the goal to offer an even more enjoyable communication experience to users.

The lineup at launch, totaling 200 emoji, features five series including: Brown, Choco and other LINE characters, Disney（Mickey Mouse）, Hello Kitty, Usamaru, and others. The emoji depicting a wide variety of characters are likely to add fun and excitement to any chat.

LINE has plans to expand the character roster over time to include Snoopy, Doraemon, Rilakkuma, Rascal the Raccoon, and more, as part of its efforts to build a service that enables users to enjoy chatting freely in their own, unique way.

Available locations: Sticker shop within the LINE app and the official LINE Store on the web

To commemorate the launch of LINE Emoji, a special video about communicating using LINE Emoji ha gone live. The video features high school students using LINE Emoji in their chats to express their excitement about kick-starting their sophomore year.

(This was around the time when emoji specifications were modified so that a single emoji can be displayed in a chat room in large size, similar to a sticker)

April 2014: The feature underwent a major overhaul, and users could start using more than 1,000 emoji

August 2014: "Suggest feature" that recommends emoji to users for words they enter in a chat room launched

Further, when asked how they use emoji, respondents answered that they use emoji as stickers, replace proper nouns with emoji within a text message, use multiple emoji to create artwork, and more, illustrating the diverse ways in which emoji are used. 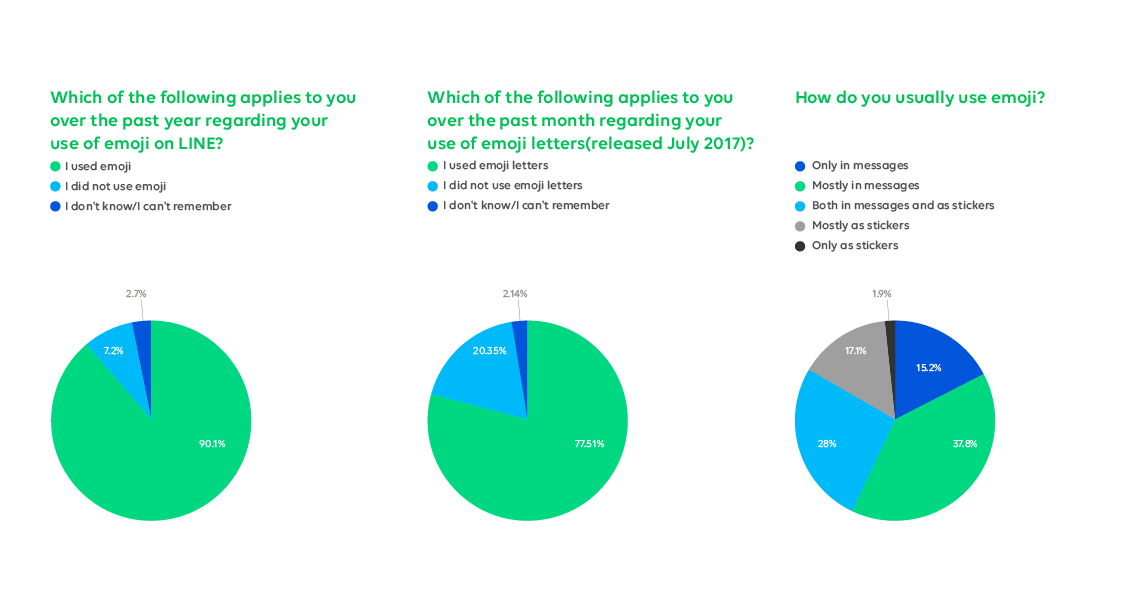 When asked to provide more detail, survey respondents described how they generally use emoji in chats. Below is a ranking showing the most common ways in which emoji are used. 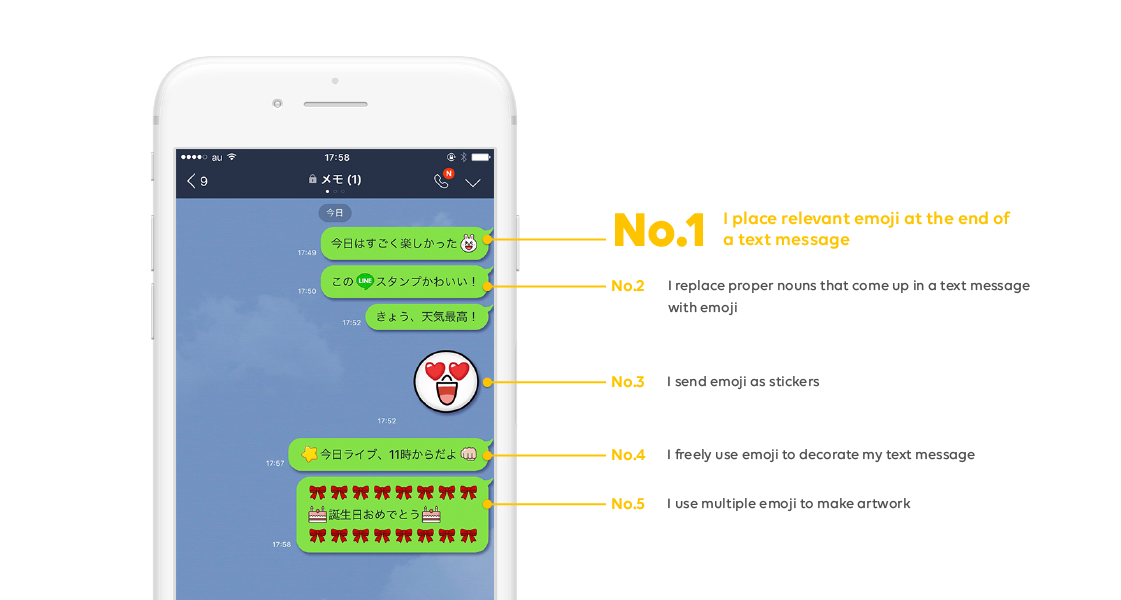 LINE will continue to undertake various initiatives to provide users with a richer communication experience.