● Players battle it out using facial expressions and movements
● Two games are available: “BT21 Says” where users can play with the popular BT21 characters, and the monster-battling “Monster Pop”

Video calls, sometimes even referred to as “constant LINE-ing,”(*1)  have recently enjoyed a surge in use across all sorts of situations. In order to make communication over video calls even more exciting, LINE decided to launch Face Play, a battle game using one’s facial expressions and movements that can be enjoyed by two or more players. There will be two game types available at launch, “BT21 Says” and “Monster Pop,” with further plans to continue to add more types going forward.

(*1) “Constant LINE-ing” refers to using the service by maintaining a constant video call or LINE voice call with a significant other or friend while at home, giving the parties the experience as if they were constantly together.

“BT21 Says” is a game in which players collect BT21 characters – characters created in a collaboration between an internationally renowned musical group and LINE FRIENDS – by imitating their facial expressions as they appear on screen.

Boasting over 20 million LINE sticker downloads since going on sale, LINE FRIENDS STORES abroad being unable to keep the constant stream of merchandise on store shelves, and more, the eight characters of BT21 are clearly loved by fans from every corner of the globe. The members of BTS were personally involved in every step of the character creation process, from making the characters’ backstories to planning products. The LINE FRIENDS flagship store in Harajuku (opened March 17, 2018) was the first store in Japan to sell BT21 merchandise in Japan, resulting in a line of nearly 6,000 fans hoping to get their hands on merchandise forming before the store opened. 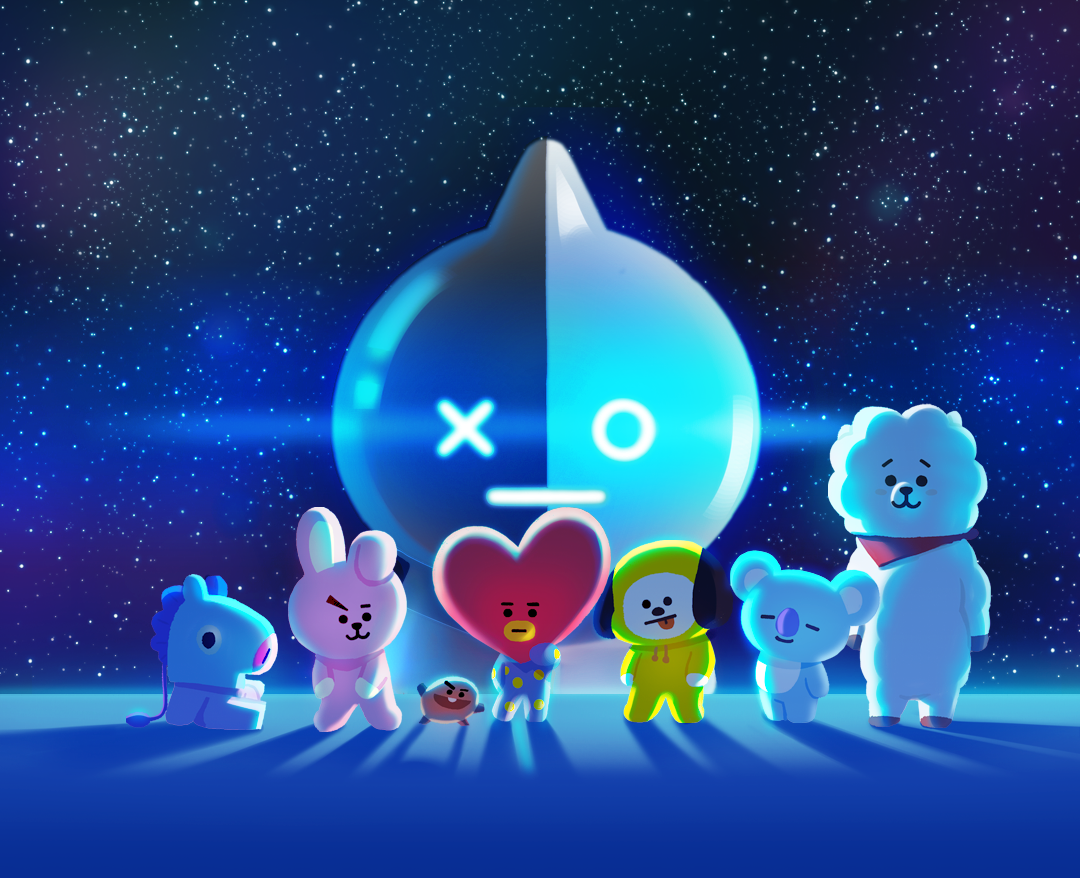 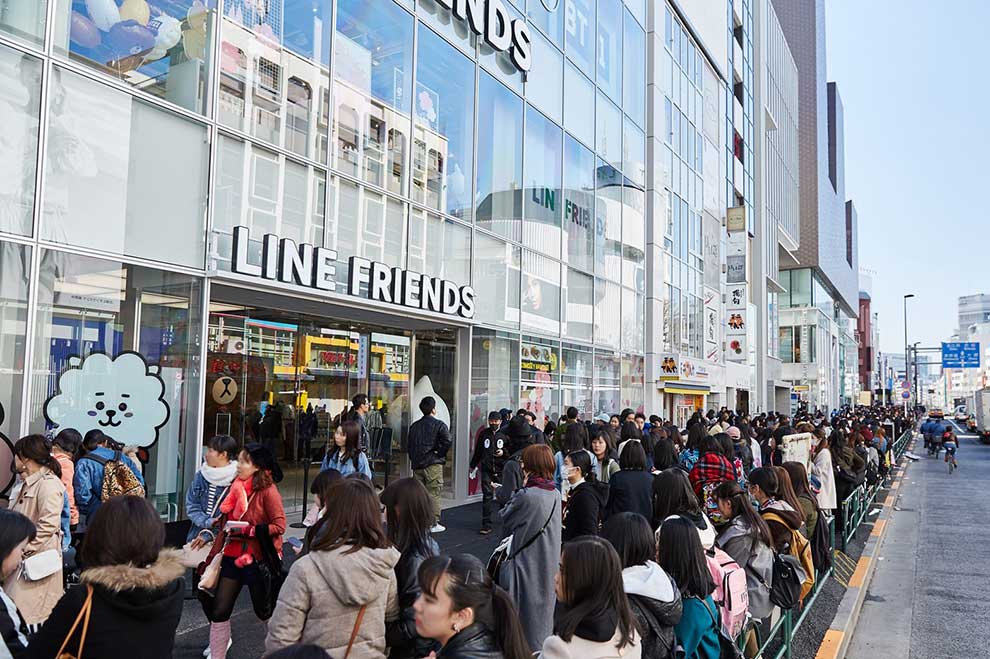 “Monster Pop,” a game where players open their mouths to fire beams from their eyes and level up by defeating monsters, is also being launched.

Face Play game can be started by selecting “Face Play” either from the menu in a 1-on-1 chat (the “+” symbol shown on screen) or where shown in 1-on-1 video calls. Players can save and share images taken during gameplay(*2) and, on Android devices, even share recordings. Face Play will only be displayed on Android OS or iOS (iPad is not supported) devices that have installed LINE ver. 8.5.0 or higher.
(*2) Requires iPhone 6 or Android OS 4.4 or higher.

LINE will continue to add features in order to provide users with an even richer and more enjoyable communication experience.