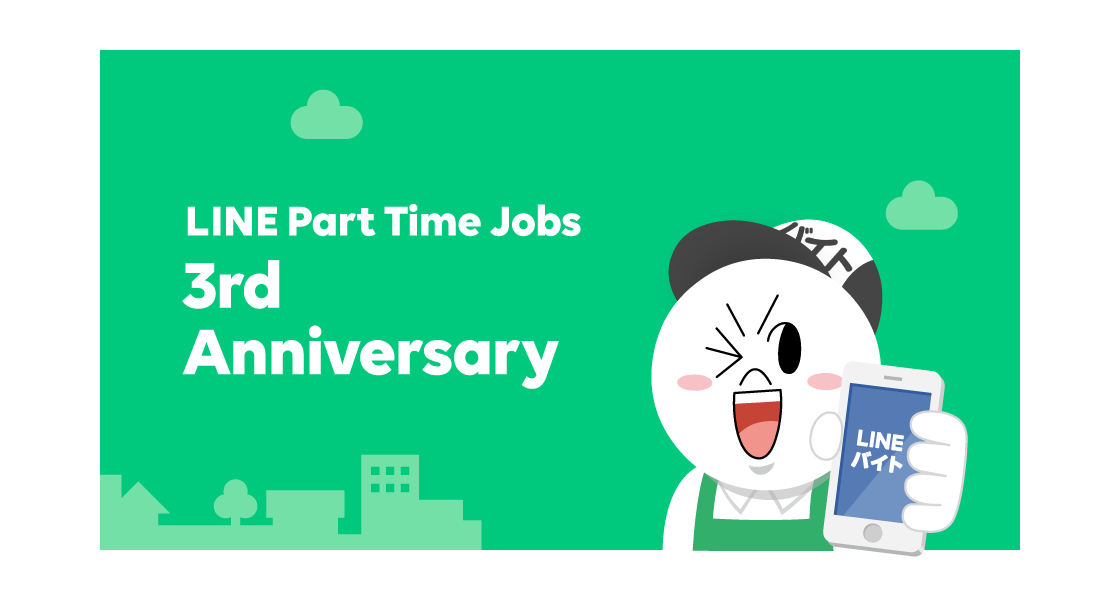 LINE Part Time Jobs gives LINE users access to nearly 200,000 part-time job postings for positions across Japan which they can browse through and apply to, all using LINE. The service was launched on February 16, 2015 as an unprecedented information service dedicated to part-time jobs that offers a rich database of job listings to LINE's immense user base, currently standing at more than 73 million in Japan.

Two of the service's most popular features are "Apply via LINE"—which allows recruiters and applicants to use LINE to communicate with each other throughout the hiring process—and "Offer"—which lets recruiters directly suggest job positions to potential candidates. While these features have certainly contributed to shortening the hiring cycle, because they allow not only job seekers to search for opportunities the traditional way but also recruiters to hunt for suitable candidates, bilateral recruitment efforts are made possible.

When applying for a job through LINE Part Time Jobs, 90.6%*1 of users choose to submit their application with "Apply via LINE," much more than via the web or by phone. Further, 52.6%*2 of the job listings posted on LINE Part Time Jobs have “Apply via LINE” embedded. The fact that more than half of businesses are in favor of this feature demonstrates how the convenience of being able to search for and apply to jobs all within LINE—an app used everyday—is appreciated not only among users but also businesses.

*1: Average between October and November 2017

Meanwhile, labor shortage in the Japanese part-time job market is worsening year on year. The jobs-to-applicants ratio is 1.81*3, and many businesses are struggling to fill job positions and manage the turnover rate.

Despite this trend, more than 270,000*4 job seekers are currently waiting to hear from recruiters by being registered with "Offer"—a feature that enables recruiters to actively reach out to suitable candidates. In addition to contributing to a faster and more efficient hiring process, the two features are helping to reduce mismatches between candidates and recruiters as both sides can verify each others’ conditions and qualifications before making the first contact. As a result, lost job opportunities are gradually diminishing.

*3: Data based on “Employment Referrals for General Workers” (part-timers) published by the Ministry of Health, Labour and Welfare in December 2017 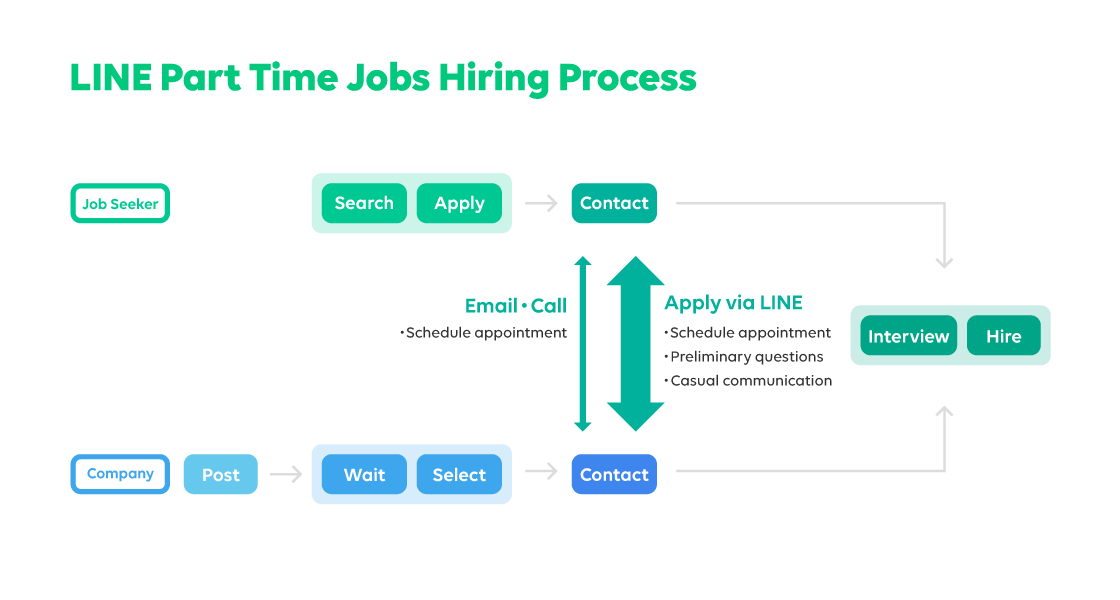 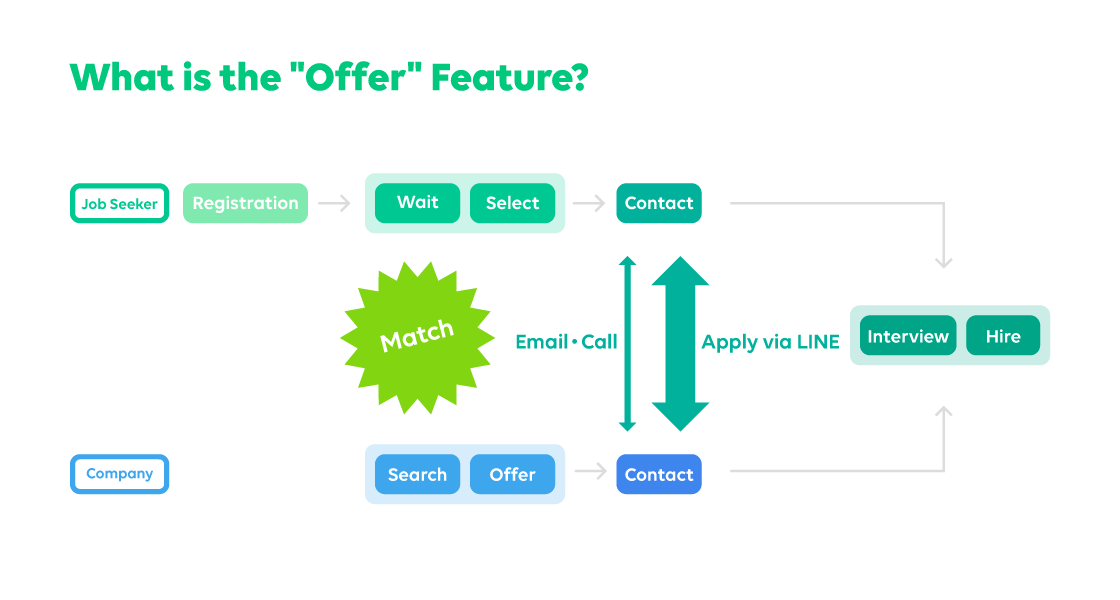 In addition to regular job listings, LINE Part Time Jobs also routinely offers rare and exclusive part-time job opportunities such as “Undercover Jobs” to be a crew member of a movie premier, or “Photogenic Trips” to take captivating photos of tourist spots. As a result, the number of registered LINE Part Time Job members has topped 12 million in February 2018.

Based on age demographics, the service is particularly popular among younger users; 37% of registrants are between the ages of 16 and 22, and 55% are under 29. Statistics also show that the service is being widely used across Japan and not only in the metropolitan areas.*5

LINE Part Time Jobs will continue to make efforts to upgrade its features through additions and improvements, enhance the content, and provide users with new and fun ways to find part-time jobs.