TOKYO – December 8, 2017 – LINE Corporation announces that it will be opening up pre-orders starting December 8, 2017 for "Clova Friends," its second edition smart speaker powered by the Clova AI assistant.

LINE first announced its Clova AI assistant at the March "Mobile World Congress 2017" and, in August, ran a limited-release pre-sale of the Clova WAVE smart speaker – the first Clova device – before officially starting sales on October 5. Clova provides a whole new experience in voice control and has received rave reviews.

The second edition Clova-embedded smart speaker, Clova Friends, will be available for pre-order from 12:00 am on Friday, December 8 (GMT +9). They can be purchased through the LINE FRIENDS STORE ONLINE and Rakuten, and will cost JPY 8,640 (incl. tax). Products are expected to start arriving on December 14.

Electronics stores will in turn also begin taking pre-orders through their official websites, and the product will go on sale in certain electronics stores across Japan starting December 14. Sales locations will be steadily increased going forward.

*2: The "Clova Friends + LINE MUSIC Set" is not available on Rakuten.

Clova Friends offers a much more casual type of smart speaker, with two LINE character-themed models available: "Clova Friends BROWN" designed around Brown and "Clova Friends SALLY" designed around Sally. This is the first smart speaker to be given its own sense of character, and it's anticipated that users will talk to it daily, with the same sense of familiarity as their partner or member of their family. The product has a battery on board and weighs just 378g, making it convenient to carry around in one hand. What's more, it's not all about the looks. The product has been designed with even more intuitive controls, such as the microphone being embedded where the ears would be, a single push of the nose/beak putting it into suspend mode, holding the nose/beak having the same effect as calling out "Clova," and more. There are several physical buttons, including those on the back that allow the microphone to be turned off or adjust the volume, as well as a button for pairing Bluetooth – a feature very popular with Clova WAVE – allowing for even easier pairing with a user's device.

In terms of features, it sports the same functionality users experienced with Clova WAVE: music playback; reading out the weather, fortunes, and the news; and sending and reading LINE messages. By late December, Clova Friends will be able to make free voice calls over LINE. By saying "Make a call to _____", can make calls with just their voice without needing to touch their mobile phone. A feature for receiving calls is also planned in a future update. There are also future plans to allow for operating televisions, lights, and other IR-controlled devices – a feature praised highly by Clova WAVE users – by putting Clova Friends in an optional cradle. 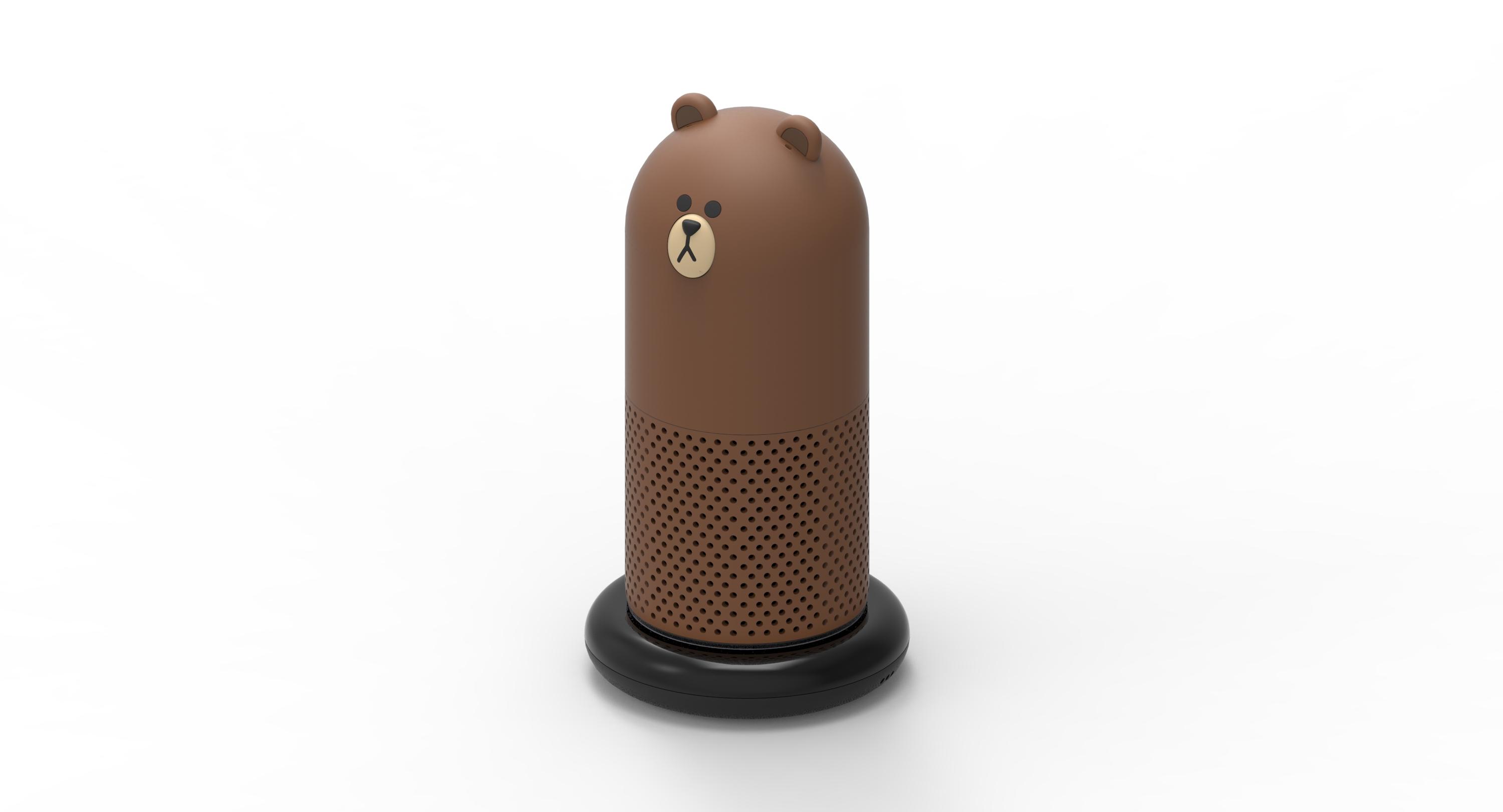 In addition to features, LINE has always been improving voice recognition. Compared with the intial launch of Clova WAVE to this Clova Friends release, the time from when a user says "Clova" and until they receive a response from the service has been reduced by one second.

Clova Friends dress-up sets are planned for release in next spring, allowing users to customize their smart speaker as they see fit.

Clova has always been improved through updates based on user feedback and requests. With Clova Friends, LINE will continue to actively take in user feedback as a "growing speaker" so it can support users by making their day-to-day lives even more convenient and enjoyable. As it strives to fulfill its corporate mission of "Closing the Distance," LINE will use Clova to help bring users as close as they want to information, services and the people in their lives.

* Specifications are subject to change.