Clova – an abbreviation of “Cloud Virtual Assistant” – is the result of a collaboration between LINE and NAVER Corporation, Korea’s leading search portal. This new AI platform represents a major step forward in digital assistants, adding new levels of naturalism, functionality and interconnectivity that have the power to change people’s relationship with technology and transform users’ lives.

On the strength of its popular messenger and extensive content base – news, music, weather, translations, and more – LINE has developed an unparalleled understanding of localization in Asia, home to a fast-growing middle class of over 650 million people. By combining insights gathered from Japan, Korea, Indonesia, Thailand, Taiwan, and elsewhere, LINE has been able to debut an AI platform that can do more, allowing local users to use Clova in their own languages for a more natural and intuitive product.

“AI is our most important project at LINE, and represents a paradigm shift as dramatic as the rise of the smartphone a decade ago,” said LINE Corp. CEO Takeshi Idezawa. “The Clova platform allows LINE’s existing services to interconnect, moving users post-touch, post-display, and even post-Smart-Portal, into a new future. We are aiming to make Clova Asia’s leading cloud AI platform.”

Idezawa emphasized how the sophistication and usefulness of Clova is founded on four strengths:

3) LINE’s and NAVER’s rich array of services and content, and

At the heart of Clova is a brain and a sophisticated array of sensors. Clova Interface is like a human’s senses, with Clova Voice being its mouth and Clova Vision its eyes. Together, Clova Interface allows Clova to recognize voices, faces, actions and more, so it can understand a wide range of real-world inputs. 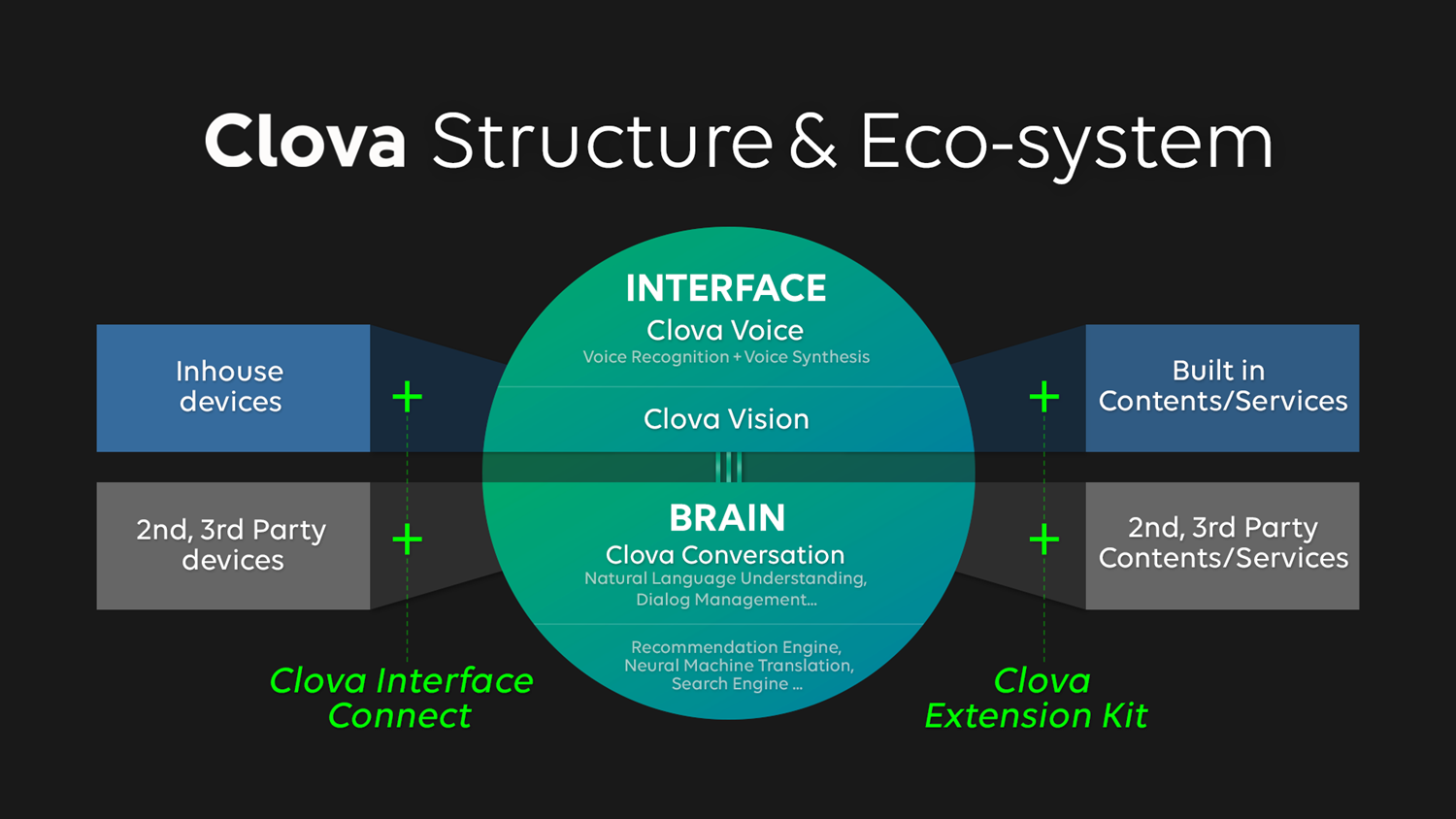 The first Clova-integrated products — Clova App and the smart speaker Wave — are scheduled to debut in Japan and Korea in early summer. Wave is the centerpiece for how people will interact with their virtual assistant. Users can talk to Wave and use it to hold a natural conversation with Clova, call up a wide range of information – like weather, calendars, news, and shopping – or manage the lights and other aspects of their home. They can also use Wave to listen to music, audio books, and many other contents.

With the debut of Clova, LINE is also announcing plans to explore potential collaborations designed to take advantage of its new AI platform in a range of fields – including with Sony Mobile Communications and the TOMY Company, a toy manufacturer.

In addition, LINE Corporation is acquiring a majority stake in vinclu Inc., the company behind Gatebox, the IoT “virtual home robot.” Gatebox’s holographic home assistant is voice activated and uses a variety of sensors to interact with the device’s operator in a realistic and natural manner, while also connecting to a range of devices in the home.

Clova is scheduled to be released beginning in early summer, starting with Korea and Japan, and soon expanding to LINE’s other territories and the rest of the world.

For the first phase of Clova, devices and apps connecting using Clova Interface Connect (CIC) will be limited to those developed by LINE and NAVER. However, as the ecosystem expands in the second round, the platform will be opened up to third parties. Similarly, contents and services connecting to Clova via the Clova Extension Kit (CEK) will start with those owned by LINE and NAVER, later opening up to third parties.

The goal is to create a thriving ecosystem of contents, services and devices with a wide range of partners, allowing the Clova platform to continue to expand and develop over time.