• Usage rising rapidly across Asia, including in China, Indonesia, and Vietnam, as well as around Latin America

TOKYO – February 2, 2017 – B612, a free selfie camera app from LINE Corporation, continues to surge in popularity around the world, now topping 300 million downloads. That milestone was passed on Jan. 29, just 2 years and 5 months after the release of the app, making it the most popular product LINE has rolled out yet. 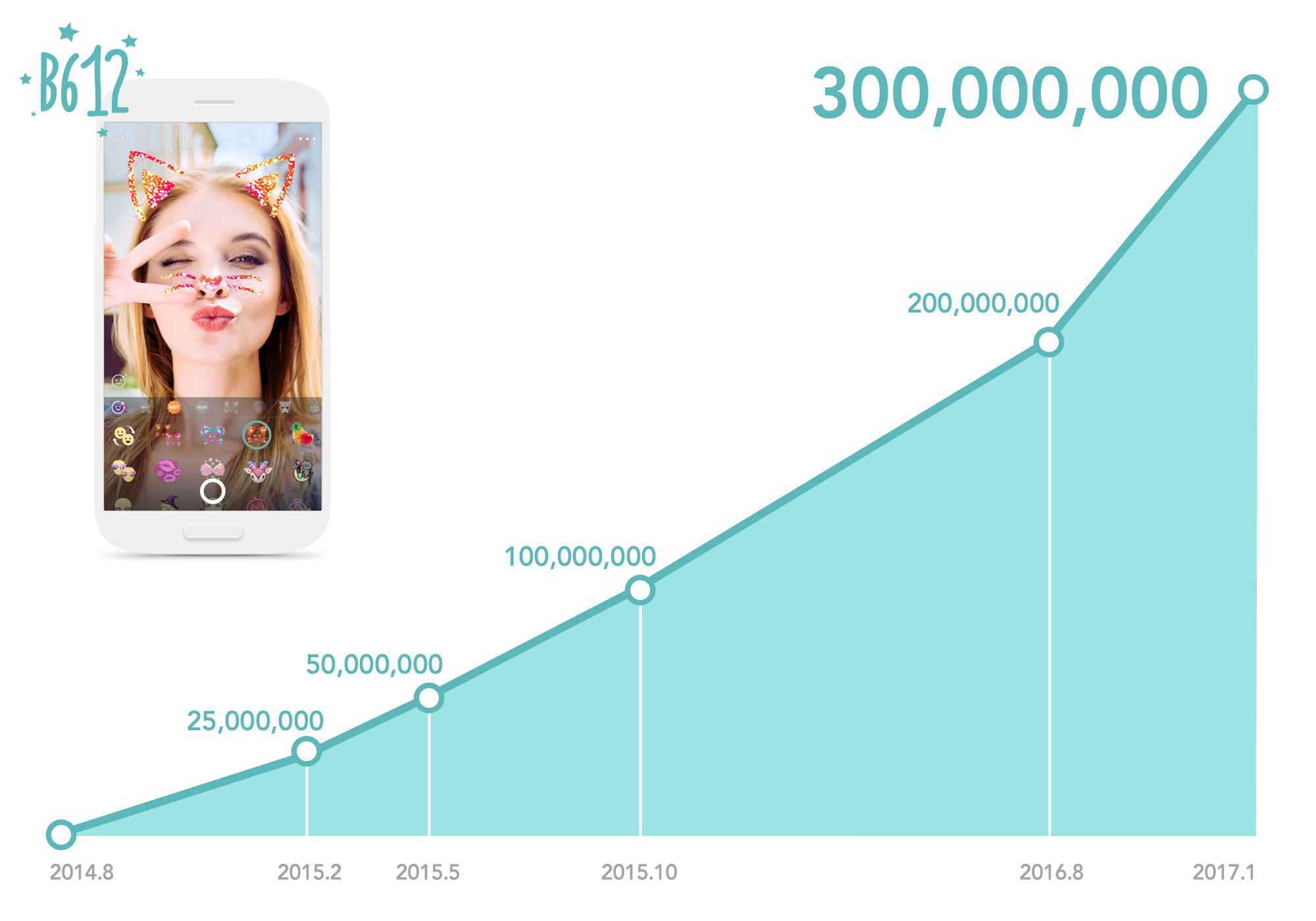 B612, available on iPhone, Android, and Windows Phone platforms, is a dedicated selfie camera app which allows users to customize their photos with a wide variety of filters and effects. It offers more than 350 animated filters that produce a variety of effects triggered by facial movements, color filters that allow users to adjust color and brightness with a single flick, a collage function, and other selfie-optimized features.

That popularity has come from around the world, with significant growth seen in Japan and China, Indonesia, Vietnam, and other Asian countries, as well as in Latin American countries such as Brazil and Mexico.

Since the launch of B612, developers have constantly looked to enhance and innovate the app, adding new features and improving usability. One major new feature, the Augmented Reality (AR) filter, debuted in December 2016. With AR filters, the direction and angle of the user’s phone is recognized by the internal gyro sensor to integrate fun and fantastical elements with real-world objects and landscapes when viewed through the camera screen.

B612 is not just for sharing selfies and scenery shots — it provides users a rich, camera-based communication experience and an opportunity for a little more fun every day.

Using the smartphone’s gyro sensor for angle and direction recognition, the world around you fills with starry skies, winter scenery, hanging lanterns, shooting stars and other fantastical sights when viewed through your phone screen.

Facial recognition filters that accurately capture facial movements to trigger a variety of effects. Enjoy selfies with more than 350 filters, including animal themes, fashion, and other miscellaneous filters.

Includes approximately one hundred filters, including whites and pinks, retro-styled sepia and monochrome tones. Change filters with a single flick of your finger, then easily adjust the color processing and other settings.

The collage feature – which allows users to combine several pictures, auto-blurring, shade effects and other features – can be used in conjuction with various filters.