Tokyo, Japan – April 14, 2015 – LINE Corporation, owner and operator of the free call and messaging app LINE, today announced that the iPhone version of LINE (ver. 5.0.2 and up＊1) will offer support for the Apple Watch, a new device planned for released by Apple on April 24. ＊2 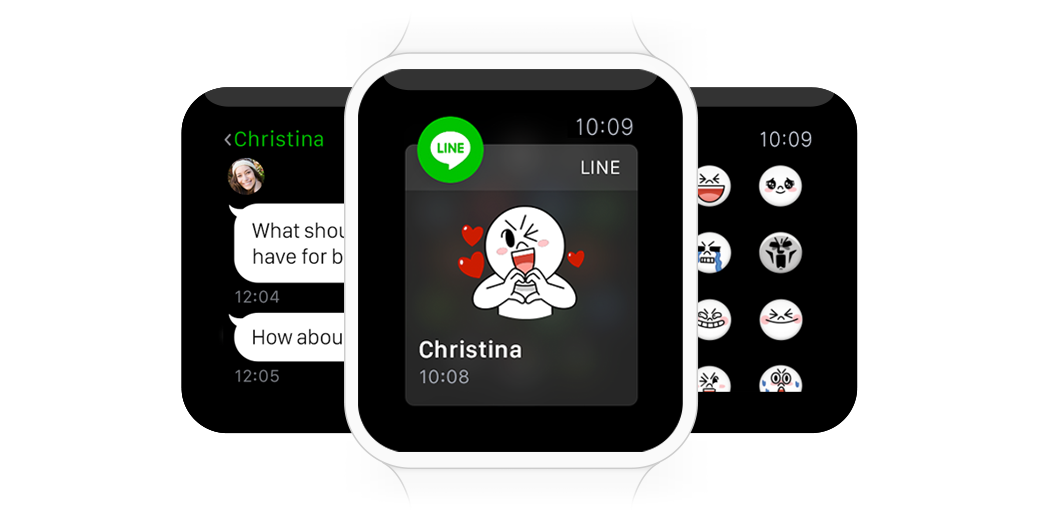 LINE users will be able to link the iPhone version of the app (ver. 5.0.2 and up) installed on their smartphones with LINE for Apple Watch, allowing them to view new messages sent to them via LINE directly on their Apple Watch. ＊3 The app also allows users to reply to messages using stickers and emoji. ＊4 This new version of the app provides users with the ability to stay connected with friends and family on LINE, offering them a means of communication while on the move, playing sports, or engaged in other physical activities.

LINE plans to continue offering support for new devices in the future, adding new features and improving existing ones along the way in order to provide users with the most convenient and easy-to-use communication service possible.

＊4：At the time of release, LINE for Apple Watch will offer 38 kinds of stickers and 144 different emoji to choose from. Users may not download additional stickers or emoji, and cannot send text messages or images on the Apple Watch version of LINE.