Easily Create Stickers Using Selfies and Send Them on LINE

Ycon allows users to insert selfies taken with their mobile phone’s camera or saved on the device into templates to create original LINE stickers featuring their own face. There are now over 1,000 different templates, with new ones being added weekly. Sticker templates can be customized by changing their size, brightness, or saturation, and even adding text.

Since its iPhone release in June 2014, user numbers have grown in LINE’s main markets and other countries amidst the global selfie phenomena, reaching 4.5 million downloads worldwide as of March 7. The app also topped the free apps ranking at App Stores in Indonesia, Thailand, and Turkmenistan, as well as the Entertainment category in 14 countries including Australia, Egypt, and Qatar, displaying its overwhelming popularity across regions.

In view of the app’s excellent performance, the company has officially launched the service globally with enhanced integration with the LINE app and a new name, “ycon.” The new version supports transparent backgrounds, making the stickers look and feel just like real LINE stickers, and enables the sending of stickers directly within LINE chats without having to start the ycon app, making the use of ycon stickers even more seamless and enjoyable.

The main features of the service are as follows.

Take a selfie that fits the frame, select a template, and position your photo – anyone can create a sticker in these three simple steps. Change the size and angle of the face, hairstyle, and facial shape, and add messages using speech balloons to create stickers for every occasion. 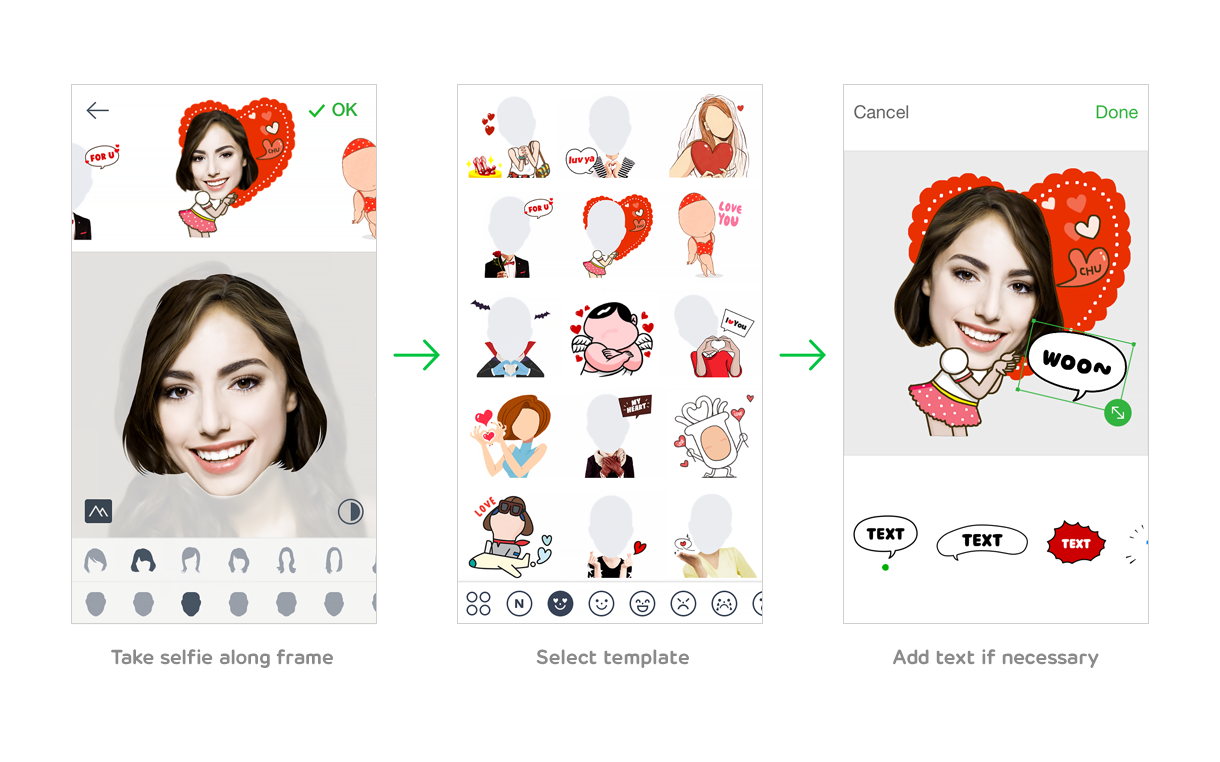 Stickers created using the app will be displayed in chats with transparent backgrounds , making them look and feel just like real LINE stickers. 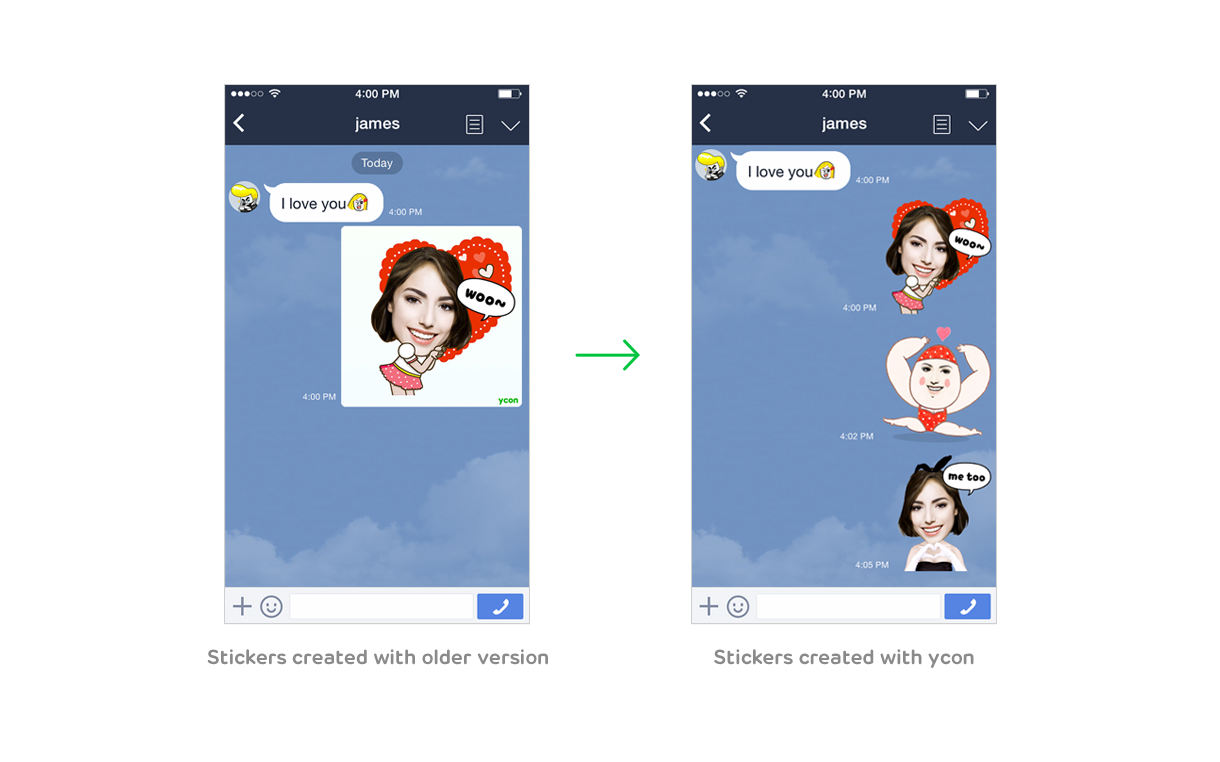 Simply tap the “+” button in LINE chats and select ycon to send created stickers without leaving the app . Since there is no need to open another app, users can send their original stickers without disrupting the flow of the conversation. 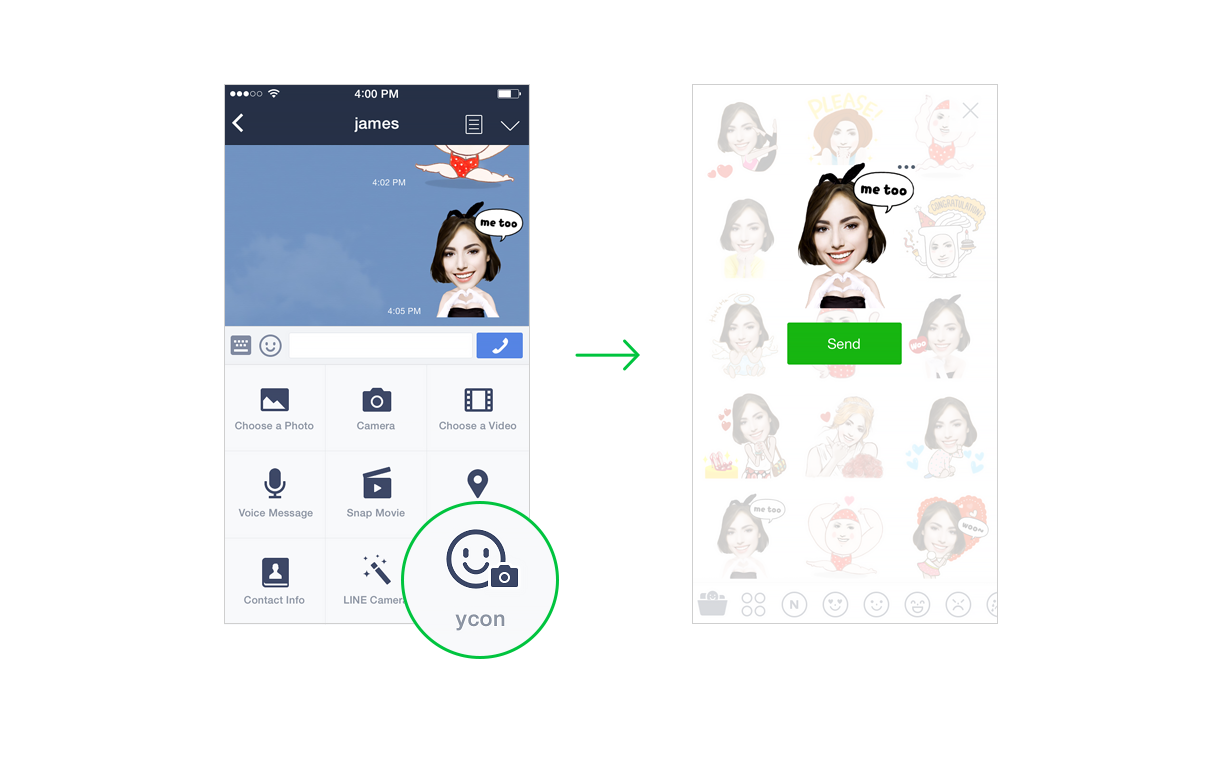