The NBA’s official account on LINE will be available on a range of devices including mobile, tablets and PCs. By adding @nba_global on LINE as a “Friend,” fans can receive real-time news updates information on local NBA events, off-the-court happenings and more. The NBA will also expand its content on the LINE platform by releasing NBA-themed LINE stickers of active players and legends for fans to share with their friends.

“We are very pleased to announce that the NBA, one of the world’s leading sports leagues, is the latest addition to LINE’s list of official account holders,” said Akira Morikawa, CEO of LINE. “Through this partnership, the NBA will be able to connect with LINE’s more than 181 million monthly active users and communicate with NBA fans all over the world. LINE also looks forward to expanding its user base outside Asia into other regions where basketball is also extremely popular, such as Europe and the Americas.”

“As a leading communications platform, LINE has entrenched itself into the daily lives of millions of users across the globe,” said Scott Levy, NBA Asia Managing Director. “The NBA enjoys a large international following and, through this partnership with LINE, we will provide our tech-savvy fans with another way to enjoy and engage with the NBA, wherever they may be.”

Since its launch in 2011, LINE has grown into a global service used in 230 countries and regions, ranking first in the free app category in 69 countries. LINE offers free one-to-one and group messaging, as well as free domestic and international voice and video calls. LINE also includes a wide array of social elements such as fun and expressive stickers, a personal Home, a Timeline, and numerous LINE family apps, including LINE games and LINE camera.

“Friend” the NBA’s official account on LINE by adding @nba_global or by scanning the QR code. Follow the NBA on Facebook at www.facebook.com/nba and Twitter at www.twitter.com/nba for all the latest news and updates.  For all things NBA, visit www.nba.com. 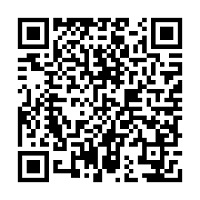 The NBA is a global sports and media business built around three professional sports leagues: the National Basketball Association, the Women’s National Basketball Association, and the NBA Development League. The league has established a major international presence with offices in 13 markets worldwide, games and programming in 215 countries and territories in 47 languages, and NBA merchandise for sale in more than 125,000 stores in 100 countries on 6 continents. NBA rosters at the start of the 2014-15 season featured a record 101 international players from 37 countries and territories. NBA Digital’s assets include NBA TV, which is available in 60 million U.S. homes, and NBA.com, which recorded 26.9 billion page views during the 2013-14 season, with more than half of all visitors originating from outside of North America. The NBA is the No. 1 professional sports league on social media, with more than 765 million likes and followers globally across all league, team, and player platforms. Through NBA Cares, the league and its teams and players have donated more than $242 million to charity, completed more than 3 million hours of hands-on community service, and created more than 915 places where kids and families can live, learn, or play.