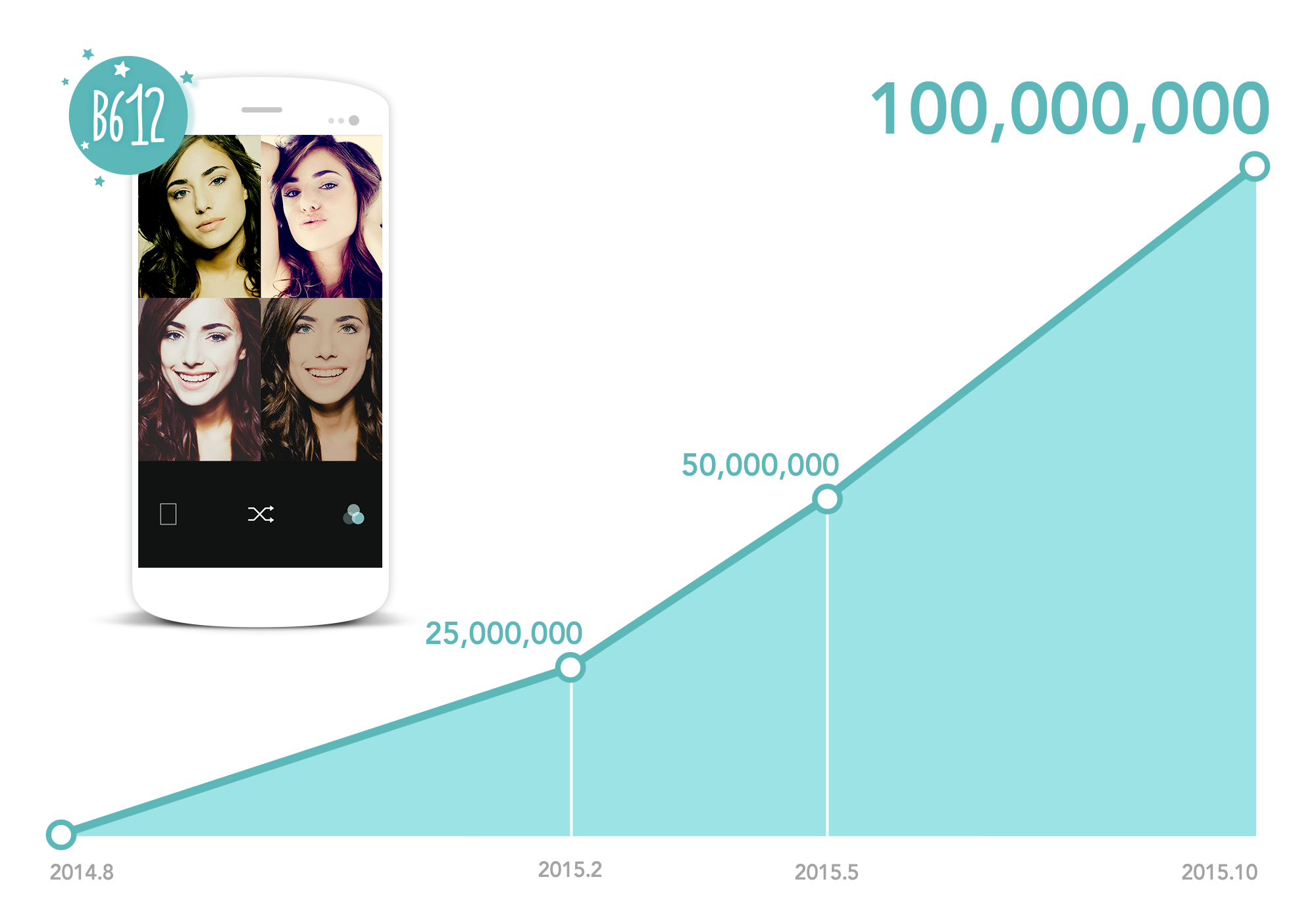 B612 is a dedicated selfie camera app which allows users to customize their photos with a wide variety of filters and effects. The selfie-optimized app boasts a host of features not found in more general-purpose camera apps, including the option to automatically switch to the user’s front-facing camera upon start-up, as well as the ability to easily switch between 89 types of filters simply by swiping the screen. B612 has experienced explosive growth with the advent of "selfie culture" worldwide, topping 50 million downloads worldwide on May 23, 2015.

Subsequently, in August of this year, B612 was awarded top global design award Red Dot's highest honor, "Best of the Best" in the Communication Design 2015 category. Additionally, the app has taken the number one spot in Google Play's photography category in 21 countries, and 35 countries in the App store.

The app continues to introduce new innovations, such as the "selfie party in a box" feature, which allows friends in different locations to make a collage of their video selfies together, as well as the option to edit photos not taken with the B612 app. These enhancements have led to significant user growth in countries in Eastern Europe, including Belarus, Romania, and Ukraine, culminating with the service topping 100 million users on October 9, 2015, and also reaching 50 million monthly active users worldwide.

B612 will endeavor to add new filters and selfie-optimized features in order to provide the best selfie experience for its users, as well as to enhance communication between its users.