Only Requires One Install to Use on Multiple Devices

Tokyo, Japan – July 30, 2015 – LINE Corporation, owner and operator of the free call and messaging app LINE, announced the release of LINE for Google Chrome, a free browser extension version of the LINE app which is compatible with Chrome, Windows, Mac, and Linux OSes. 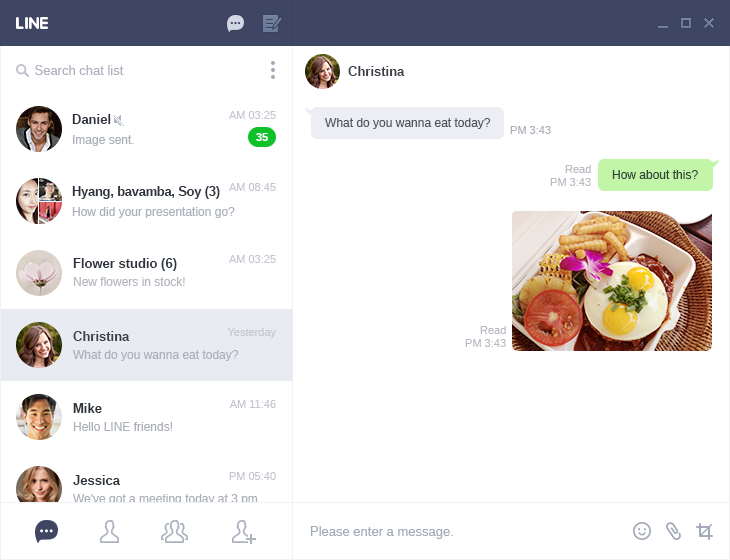 Unlike the existing PC versions of LINE for Windows and Mac OS X, users of the Google Chrome extension version of LINE only have to install the software once to use it on any PC with Chrome installed via their Google account.

In addition to providing LINE's core chat features, the extension offers many features useful to PC users, such as screen capture capabilities. It also provides users a fast and efficient way to send files up to one gigabyte in size. LINE for Google Chrome also introduces a new feature called Memos, which allows users to create their own notes or save and arrange text and pictures. Memos expands the number of devices available to LINE users, allowing them to bring to-do lists created at home to any other PC simply by logging into their Google account.

LINE for Google Chrome joins the parade of customized versions of LINE for smartphones and sub-devices, such as PCs (Windows and Mac), iPads, and wearable devices. With its release, LINE Corporation hopes to lower the barrier for users who have yet to embrace the idea of using LINE on multiple devices, creating a more convenient user experience for all LINE customers.