Tokyo, Japan – November 19, 2014 – LINE Corporation, owner and operator of the free call and messaging app LINE, announced its “LINE GAME Thanks You for 2 Years!” event to be hosted on 22 games offered as part of the LINE GAME service, including LINE: Disney TsumTsum, LINE Pokopang, and LINE Rangers, in celebration of the 2nd anniversary since the launch of LINE GAME.

“LINE GAME Thanks You for 2 Years!” Event Exclusive Website:  https://game.line.me/event/2nd-anniversary/en 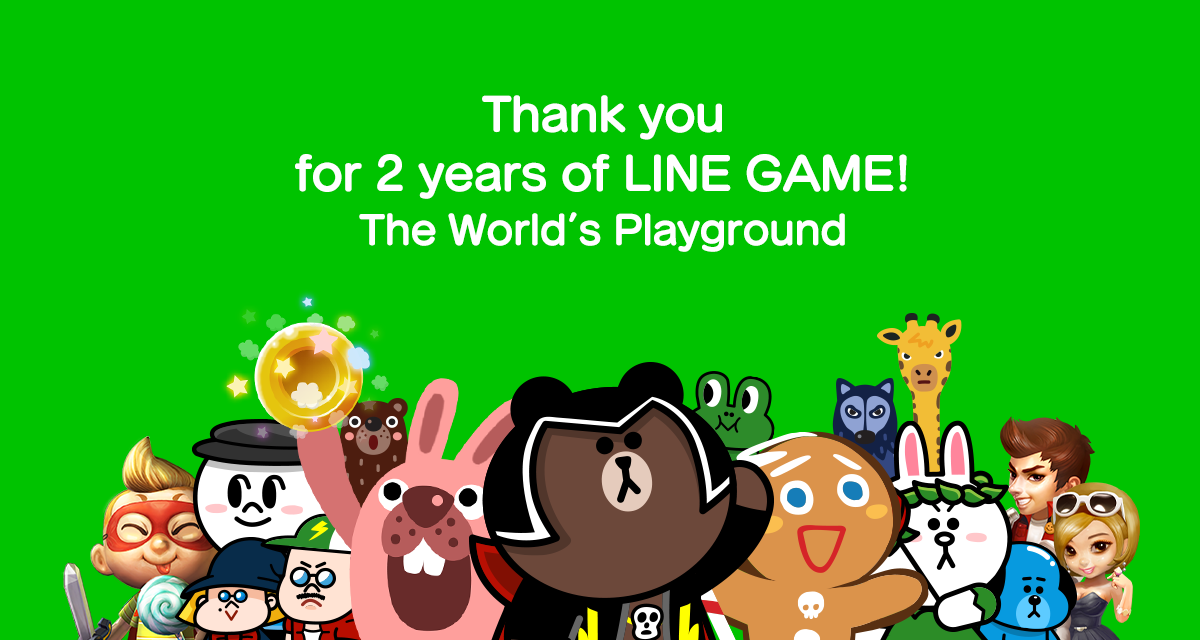 LINE GAME began service in July 2012, after which it launched 4 game titles, including the puzzle game LINE POP, on November 19, 2012. The service has continued to expand the number and genres of titles offered ever since, achieving over 470 million total downloads on November 15, approximately two years since the service began in earnest. LINE GAME has also produced a number of hit titles, including LINE: Disney TsumTsum (total downloads over 30 million), LINE Rangers (over 23 million), and LINE Pokopang (over 38 million).

To express its appreciation for all of its users, LINE GAME will be hosting the “LINE GAME Thanks You for 2 Years!” event on a total of 22 titles, offering users a chance to get double the EXP and items, as well as the release of 2nd anniversary limited-edition characters. In addition, every user who friends the LINE GAME official account will be rewarded with a special celebratory sticker set as a free gift.

“LINE GAME Thanks You for 2 Years!” Event

Participating users will be able to receive double the usual EXP or items during the event period on supported titles.

Limited-edition characters will appear in each title below during the event in celebration of LINE GAME’s 2nd anniversary.

Event periods differ for each title shown in both 1 and 2. Please refer to information in each game for more details.

LINE stickers featuring popular characters from LINE Pokopang, LINE Cookie Run, and LINE Get Rich will be given out for free to every user who friends the LINE GAME official account.