Expands to Taiwan, Thailand, U.S. and More on the Heels of Explosive Success in Japan

Special Commemorative Promotion to be Held in All Supported Countries 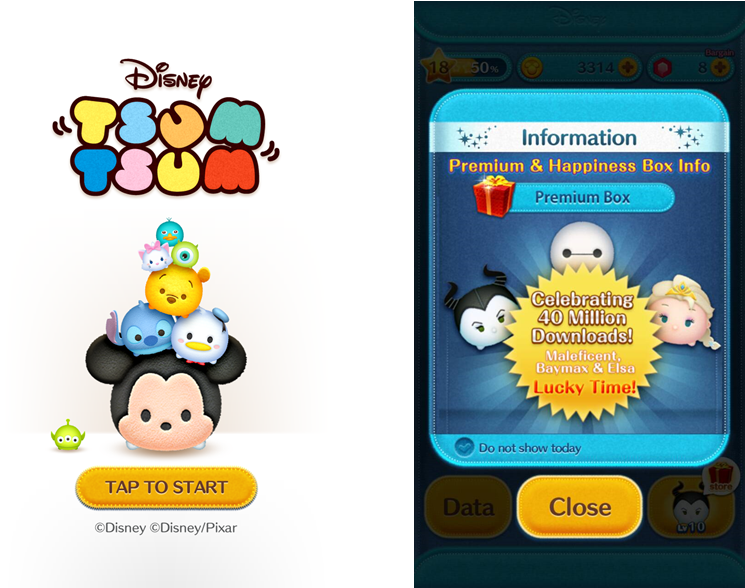 Since its initial release in Japan on January 29, 2014, the simple and enjoyable gameplay concept of connecting 3 or more “Tsums” to gain points, as well as the game’s use of charming and adorable Disney characters, has appealed to a wide range of users, with its popularity leading to more than 10 million downloads by March 31, around 2 months after its launch. The game has continued to expand its presence, and has recently become so popular domestically that it has been referred to as the quintessential puzzle game. On July 1, an English version was released to users in England, the U.S. and other European and American markets, as well as audiences in Taiwan, Thailand and other South East Asian countries, for a total of 40 nations worldwide. Centered around users based in Taiwan, Thailand, and the U.S., the game surpassed 30 million total global downloads on October 23. The game also boasts the number one ranking in Japan and 4 other countries on Apple’s App Store (Hong Kong, Laos, Taiwan, and Thailand), as well as the top spot in 4 nations on Google Play.

A special promotion will take place to celebrate the achievement of 30 million downloads. From November 7 through 9 (GMT+9), the reward for clearing the “Daily Missions” will be increased greatly during the event period, and players can win up to 10,000 Coins according to their level by completing the missions displayed each day.

Details: Players can clear the special mission shown once a day during the promotional period to get up to a bonus 10,000 Coins, depending on their level.